The ending will surprise and shock you.

The video may even have you talking and sharing.

Following on the heels of their groundbreaking marionette video for “Miracle” off the Trails out of Gloom album, Vancouver progressive rockers FEN are now set to release the latest video for “The Glove” from their fifth and latest album Of Losing Interest.

About the video, main Fen man Doug Harrison says, “I came up with the video idea based on an experience in a public men’s room where a guy came out of the stall and wanted my help in putting a white, woolen glove on his hand, which appeared to have something wrong with it. I didn’t know if it was a genuine request for help or a trick to get me in a vulnerable position. After I wrote the script, I showed it to the other guys in Fen but no one wanted to be in the video. I also showed it to the guys at our label Ripple Music to see if they would do it. They were apprehensive as well. The two main actors ended up being friends of friends,  guys who didn’t mind tussling around in a public washroom on camera while patrons from the ice rink came in to do their business.”

See the video below, and also catch “Miracle”

FEN‘s heaviest and most technical album to date, Of Losing Interest revisits the band’s harder edged metallic past while retaining the melodic sensibilities that made Trails Out of Gloom so alluring. Co-Produced by Mike Southworth, his fourth with the band, Of Losing Interest is a contrast of technical virtuosity layered against warm, low-end organics. 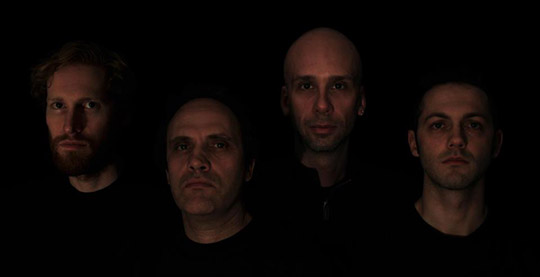 In January of 1998, in the mountain shadows of Nelson, British Columbia, a creatorship emerged called Fen. The road has been long for this dark-leaning band, which after more than a decade of obscurity, was finally ushered into the prog and metal fan’s psyche. This occurred in 2010, when Fen signed to California label Ripple music and released their fourth album Trails Out Of Gloom. The album garnered impressive reviews from bloggers and print magazines worldwide, including mention in the UK’s Classic Rock magazine and a perfect 16/16 score from the US authority on prog: Progressions Magazine. To follow up this attention, in May of 2011, the management of UK/Israeli prog veterans Blackfield invited Fen to open for them on the Vancouver stop of their North American tour.

To date, Fen’s music has sold in more than fifteen countries, and with the help of dedicated bloggers, two AAA-radio campaigns, and a music video for the single “Miracle,” the band’s following continues to expand. In surprising contrast to the dark nature of Fen’s music, their songs have been placed on HGTV (Home and Garden Television) and Animal Planet’s, From Underdog to Wonderdog, among others. The song “Through the Night” will soon be available on the video game RockBand.

Fen has performed at clubs and festivals throughout BC, and in the summer of 2011, took part in the Forest Symphony at UBC’s Pacific Spirit Park. Fen’s fifth album, Of Losing Interest, will be available in August 2012, and is a return to the heavier aspects of the bands sound. It is their second release under the Ripple Music label, and it brings together a band line up first assembled in 1999.

“These Canadians are a talented bunch, with their influences ranging from Tool, Porcupine Tree and a smidgeon of 70s-era prog. The result is a nifty mingle that’s highly inventive and replete with enough catchy hooks clamouring for more. FEN are technically gifted without ever overplaying. On the heavier tracks here, such as ‘Nice For Three Days’ and ‘Of Losing Interest’, they demonstrate a flair for being imaginative while retaining a purpose, something so new, wannabe prog metal bands seem to lack.” – Classic Rock Magazine

“Now they are back with a stunning new album titled ‘Of losing interest’, which musically goes into a very high quality Progressive Rock/Metal direction. It is especially thanks to the superb vocalwork of singer DOUG HARRISON that FEN’s music is lifted way above other bands in this extensive genre called Prog. 8.6/10 ”  –  Strutter ‘zine

“FEN – “Of Losing Interest” (’12) – Once again, Ripple music strikes! This is the latest from progressive metal Canadians FEN & it’s a scorcher.. With a decidedly heavier flavor than their last offering, this one bursts forth with nods to Rush, Altered Moves Two (anybody remember them?!) & more, with lead guitar that holds its own with the likes of shermann & denner. This is friggin’ GOOOOD, maaan!”  – Ray’s Realm