New York City progressive death metal troupe and recent Relapse signees, PYRRHON (pronounced peer-on), emerge from the urban decay with a nightmarish offering of physically and psychologically mauling extreme metal. Titled The Mother Of Virtues, the band’s sophomore full-length is a mind-bending fusion of clanging death metal, surreal psychedelia, dark jazz rhythms and delirious storytelling. Recorded with Ryan Jones (Today is the Day, Mutilation Rites) and mastered by Colin Marston (Gorguts, Krallice), the nine tracks comprising The Mother Of Virtues takes its listener on a harrowing journey into the darkest corners of musical severity. Recommended for demented souls who worship at the altars of Gorguts, Ulcerate, Cryptopsy, Portal, Deathspell Omega, Today is the Day and the like.

Elaborates vocalist Doug Moore: “We focused on capturing an organic, spontaneous sound on this album. Consequently, we tracked most of the album live; most of its quieter moments and solo breaks are partially or entirely improvised. We like to let the chips fall where they may.”

Sear your ears with teaser track “Balkanized,” currently streaming at YouTube here and on Soundcloud here. 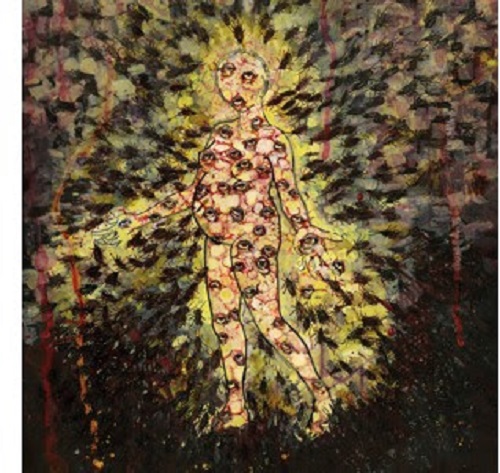 The Mother Of Virtues Track Listing:

1 The Oracle of Nassau
2. White Flag
3. Sleeper Agent
4. Balkanized
5. Eternity in a Breath
6. Implant Fever
7. Invisible Injury
8. The Parasite in Winter
9. The Mother of Virtues

The follow up to 2011’s critically-adored An Excellent Servant But A Terrible Master, The Mother Of Virtues will be unleashed on CD, LP and digitally in North America via Relapse Records on April 1, 2014. Preorder your copy at here.

“Put PYRRHON on your radar because they could be one of the bands leading the death metal pack in the very near future.” — Heavy Blog is Heavy

“… the music is both mental and physical in a way only death metal can deliver. Like later Gorguts, Morbid Angel and the early Willowtip catalogue.” — Invisible Oranges

Hot News – Pyrrhon's "An Excellent Servant But A Terrible Master" out today!