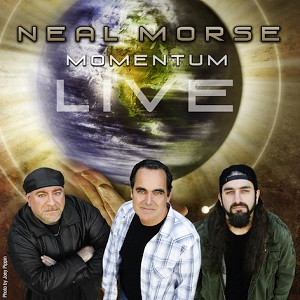 After a highly successful 2011 marked by the release of the critically acclaimed “Testimony 2” and an enthusiastically attended tour throughout the U.S., Mexico and Europe, Neal Morse could easily have justified going on a creative hiatus to catch his breath. But that would not match with his convictions and the sense that he is being led to build upon the swell of success he is experiencing.

In January 2012, Morse was pondering the possibilities of a change in direction. After all, it had been a decade since he left the progressive rock stalwart Spock’s Beard to pursue a solo career that would allow him to write more freely about his personal faith. And in that time he had recorded 6 impressive studio records that were heralded for their unique hybrid of epic compositions that tested the boundaries of musicianship while maintaining a remarkable sense of melody through irresistible hooks and addictive choruses. He could have taken a break. Or gone in an entirely new direction. But he felt led otherwise, as summed up in the new record’s title track: “You’ve got some new momentum, you better keep going.”

Morse’s long time studio partner and friend Mike Portnoy had a small window in January 2012 when he could record. The only problem was, there was only one song and a few bits and pieces written. Taking a leap of faith, he scheduled a recording session with the drumming legend and longtime bass player Randy George in two weeks, hoping that the music would arrive before the musicians. And it did.

While “Momentum” propels Morse forward and further cements his standing as a prolific progressive rock icon, it steers clear of the potential “more of the same” trap, and features fresh musical angles and some of the finest performances to date by the Morse, Portnoy, George team. The record is scheduled for release on September 10th in Europe.

Much to the delight of progressive rock fans around the globe, Neal Morse is moving ahead with “Momentum,” and there doesn’t appear to be any kind of end to his unique creative talent in sight.

Written and Produced by Neal Morse
“Thoughts Part 5”—Written by Neal Morse and Randy George
“Smoke and Mirrors” and “The Mystery”—Music by Neal Morse, Lyrics by Chris Thompson and Neal Morse
Mixed by Rich Mouser