Hailing from the remote island of Tasmania, Australia, PSYCROPTIC have progressively carved a niche of their own within today’s overcrowded metal scene. Staying clear of trends, PSYCROPTIC incorporate many elements of music – extreme and otherwise – to capture a sound that is uniquely their own: a precise blend of brutality, intensity and groove. The result being: Australia’s most respected and recognised metal act worldwide!

Unleashing a likely tour de force in maniacal death metal brutality, a celebration of music in it’s darkest and most inhuman form, HOUR OF PENANCE have ascended to an even greater height of precision savagery. Every population has its cancer, every movement its enemies. Be the wolf amongst the flock. Embrace the barbarity! Upon completion of this storm bringing tour, HOUR OF PENANCE begin recording a brand new spiteful and malicious cd as the follow up to Sedition. Begin your preparations. 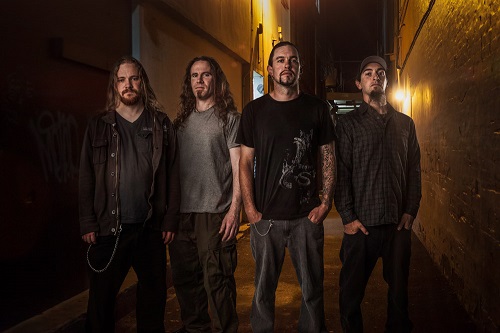 Similar to the 300 Spartans, DYSCARNATE show what effect a small, but elite force can have when focused on a common goal; annihilating everything that stands before them. In 2013, the band are doing just that, bringing their blitzkrieg of a live show across the face of the earth; leaving smoking craters and shell-shocked audiences where stages once stood. Three men. One purpose. One sound.

PSYCROPTIC with HOUR OF PENANCE, DYSCARNATE (plus 1 more act TBA) PERFORMING AT: 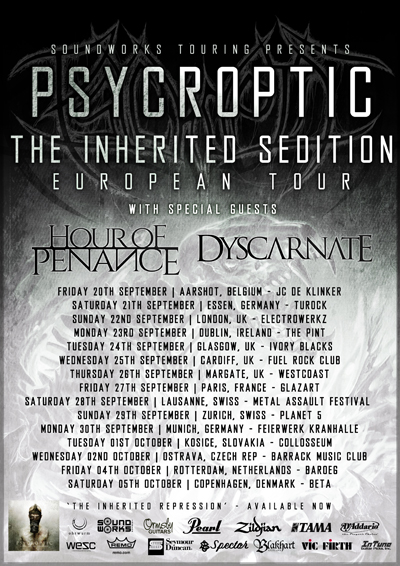