Massachusetts Progressive Melodic Deathcore act A WANTED AWAKENING has teamed with PureGrainAudio.com to offer a free download of the song “Dehumanize” off their full-length debut, Catharsis. Grab the track at this location.

A WANTED AWAKENING is wrapping their fall tour at the end of this week. The run saw them blast out of their New England home and head across the Midwest and into the country’s Southern region. Remaining dates are as follows:

A WANTED AWAKENING released Catharsis on June 24th. Catharsis is a culmination of years of hard work and dedication by AWA to put forth their best work yet. The album consists of 10 songs that range from the trendy djent style, to epic power metal, to straight deathcore and anywhere in between. The album is driven by the contrast between the soaring powerful clean vocals of John Tree and the uniquely diverse screams of Rick Hardy.

Catharsis can be purchased at these locations: 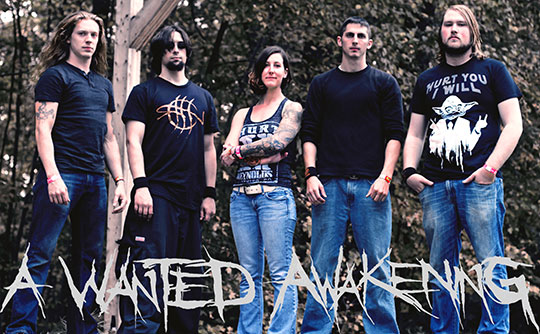