Dark Progressive Avant-Garde metal entity Trillion Red has teamed with PureGrainAudio.com to offer a full album stream of the band’s forthcoming release Metaphere. The album becomes available on October 23rd via badGod Music, but can be heard in it’s entirety at this location.

Taking his cerebral brand of auditory darkness to a new level, Trillion Red mastermind Patrick Brown is one of metal’s few musicians who can legitimately claim to have discovered new musical territory with his newest creation. 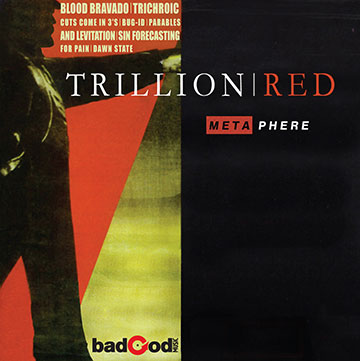 “I would call the album the deconstruction and recreation of modern extreme music. Patrick of Trillion Red will be remembered as an innovator years after they are gone sadly to say. This maybe album of the year right now for me…” – Absolute Zero

“I would give you ‘Trillions’ of reasons to hear this magnificent work.”
– Heavy Hard Metalmania
www.trillionred.com
www.facebook.com/Trillionred