Legendary Indianapolis’ Crusty Crossover Thrashers of the Extreme RADIATION SICKNESS,  will be releasing their first studio album in 20 years on Abyss Records on Friday, June 22nd as part of the label’s Summer of Sickness Campaign 2012. Entitled Reflections of a Psychotic Past, the new album from RADIATION SICKNESS features seven brand new tracks and will also include a re-mastered copy of the 1990 release The Other Me, A Journey into Insanity.

A promo video of the song “Tripping in the Seas of Madness” is posted at this location.

The band will be performing at this year’s Central Illinois Metalfest, which runs July 13th & 14th at the Canopy Club in Urbana, IL. RADIATION SICKNESS plays on the 14th. Abyss Records will be a featured vendor at the fest. 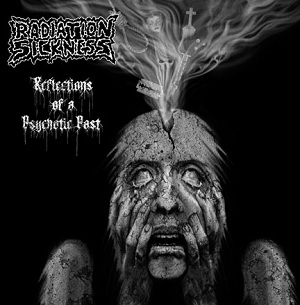 A Saga of Sickness…

Radiation Sickness was formed in Indianapolis, IN in 1987 by Doug Palmer and Ryan Rollins. The band was formed mainly on addiction, depression and the love for extreme underground music. While many people seem to not even give Indiana a glance when it to came to extreme grind metal RADIATION SICKNESS started making noise in the underground. The band’s first guitar player soon left and Rick Callaway joined in. Soon after Mike Herald was added on drums due to his blast beat abilities and double kick skills. The band recorded their legendary
Elvis Ain’t Dead demo. This demo used influences from many groups such as Napalm Death, Chaos UK, Discharge, Slayer, Cryptic Slaughter and The Accused. RADIATION SICKNESSspent every minute playing every show they could. Tragedy struck the band in 1989 when founding member Ryan Rollins gave into his depression and committed suicide. The band pressed on adding Byron Holton to Bass. Spending every weekend on the road playing with the likes of Repulsion, Impetigo, Skeletal Earth, Immolation, Macabre, Dead Horse and so on supporting their EP The Bounds of Reality. RADIATION SICKNESS went into the studio in 1990 to record a classic underground LP entitled The Other Me, A Journey into Insanity.

This record received great reviews more countless touring and even landed Radiation Sickness on the legendary A Day of Death Festival the first of its kind in Buffalo, New York with Cannibal Corpse, Autopsy, Suffocation and many others. RADIATION SICKNESS started working on material for their third LP and before completion the band split up in 1992.
In October 2010 RADIATION SICKNESS performed a one-time reunion show with all originalSickness members, except for Rick on guitar. Long time friend of the band Tom Ball joined in on guitar and brought more talent and brutal rifts to the band. RS said what the fuck that was a blast and played a couple more shows. They now have recorded and are ready to release their first studio record in twenty plus years. It will be released on Abyss Records and is entitledReflections of a Psychotic Past the release will also include a re-mastered copy of the 1990 release The Other Me, A Journey into Insanity. RADIATION SICKNESS plans to bring their madness on the road in 2012 playing several large metal fests and small tours. Look for theirrelease soon on Abyss Records. 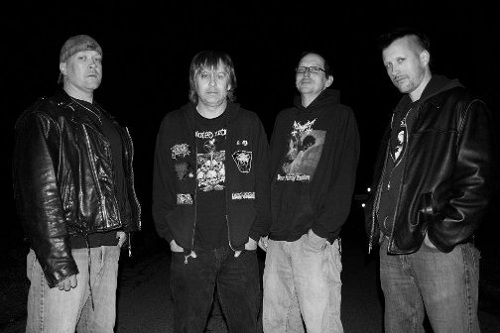