Blood Of Saints is the premiere track from RAGNAROK‘s new album, due out on October 30th in Europe and November the 6th in North America via Agonia Records. The album is entitled  Malediction and the track can be streamed at the following location:

The 7th studio album features 10 new tracks and 44 minutes of music. It’s Black Metal played in the classical style; RAGNAROK proves that they do not need to re-invent the wheel – they just improve it.

Malediction was recorded, mixed and mastered by Devo of Marduk‘s fame at Endarker Studios. 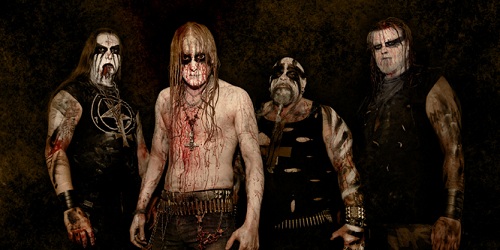 The new album will be available as a jewelcase CD [limited to 1st press], digital download and limited vinyl with an exclusive bonus track. First 100 copies will be available on a handnumbered brown vinyl. The album can be pre-ordered at: http://www.agoniarecords.com/index.php?pos=shop&lang=en

Collectors Of The King video: http://www.youtube.com/watch?v=PRzjdYqRzKY