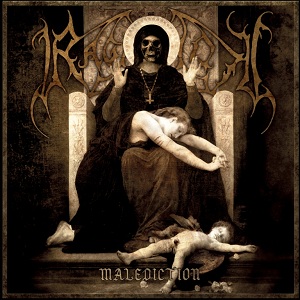 With the release of their seventh full-length album “Malediction” imminent, Norwegian Black Metallers RAGNAROK have inked a deal with the UK-based MYTHOLOGY AGENCY to handle all the band’s European booking. “Mythology is very excited about joining forces with a Norwegian Black Metal band of the standing and reputation of RAGNAROK” commended Mythologies’ Jake Gill who will be overseeing the bookings, “I have myself been a fan of the band for longer than I can remember, so it’s a double pleasure for me to be working with these guys”.

RAGNAROK founder and drummer Jontho had this to say about the collaboration “When we set about planning RAGNAROK’s future several months ago, one of the big priorities for us was to set up a solid team to work alongside the band. An unholy trinity if you like who understood what RAGNAROK was all about, and would be willing to put as much of themselves into the band as we do ourselves. Mythology has some extraordinary bands on their roster, and they have an in-depth understanding of the genre, and with them alongside our Manager Patricia Thomas, and our label Agonia Records, the final piece is now in place, and we are ready to take RAGNAROK all the way.”

Details of “Malediction”, which was recorded, mixed and mastered by MARDUK’S Devo at his Endarker Studios in Sweden, and produced by RAGNAROK and Devo, were revealed recently. The album will appear in three formats – Jewel Case CD, Digital Download and Limited Edition Vinyl which will come with an exclusive bonus track, with the first 100 copies available on brown vinyl and hand numbered. “Malediction is set for release on the 30thOctober in Europe and the 6th November in North America. “Blood of Saints” a track from “Malediction”was debuted earlier this week by Agonia Records, and can now be heard on the band’s SoundCloud page at http://soundcloud.com/ragnarokofficial/ragnarok-blood-of-saints 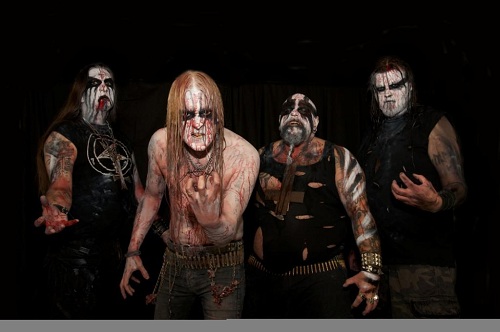 Later this year, RAGNAROK will play their first show in North America, when they headline the three day Messe des Mortes Festival in Montreal, Canada, on the 24th November. Commented Jontho: “It’s tremendously exciting to be able to play in North America after all these years, and we hope that this will be the first of many visits. We are also aiming to return to South America, where we have always received such a tremendous welcome from the fans”. RAGNAROK will also appear at the Metal Legacy Festival in Stromstad, Sweden on the 27th October, whilst Kings of Black Metal in Germany is the first show to have been announced in 2013, with more festival appearances and promotional tours planned. More information about RAGNAROK can be found on the band’s website at http://www.ragnarokhorde.com/

RAGNAROK’s“Collectors of the King” video can be seen at http://www.youtube.com/watch?v=IdRPw1tPl5E

Eleven tracks from RAGNAROK, including a track from “Malediction”can be heard at http://soundcloud.com/ragnarokofficial/sets/ragnarok-live-set-list