We are extremely honored to announce the long awaited signing from Spanish gothic rock band Rainover.
Wormholedeath will release their massive album titled “Transcending the blue and drifting into rebirth” world-wide through Aural Music Group/Wormholedeath Japan.
The record was produced by Carlo Bellotti, Recorded, edited and mixed by Jonathan Mazzeo at Mathlab Recording Studio (Italy).
Mastering duties have been consigned to Dennis Koehne and Waldemar Sorychta (for Waldstreet & Denroad, at Flying Pigs Studio in Schwerte, Germany) and the whole wonderful artwork has been done by Mario Sánchez Nevado (Aegis). Release date is due during 2014, still to be scheduled.

You can stream a full song here:
http://httpv://youtu.be/BzsWvFri9Is

The band stated: “We are extremely happy to announce that we have signed a deal with the Italian label WormHoleDeath. This is a great opportunity for us to present our music to a bigger audience based upon the support and hard work offered by this group of trustwhorty professionals, who are capable of being critical in order to get the best results from us, but also amicable and very close to our views on music and the industry. On top of this, we have been working together on every aspect of the production of our new album, so you’ll soon be able to check out by yourselves just how productive our collaboration has been so far, starting by the preview we’re now showing you. Last but not least, they also have great bands in their rooster, so, all in all, we can’t be more proud and excited about this new chapter of Rainover as members of the WormHoleDeath family!” 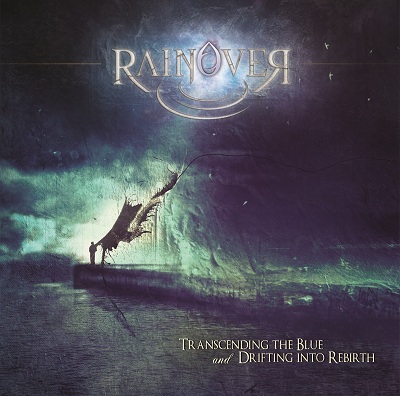 A&R WORM stated: “Today is a special day since we can finally announce the release of this album and the signing of Rainover….This album has been one of the longest, intensive and challenging productions I’ve ever worked on. It is special just because we have been looking into every little detail to make it sound and look absolutely unique and outstanding. My long-term friendship with the band’s drummer Quini allowed me and my team to work at the highest possible level because of our mutual trust. It’s not for everyone to make an album like this, but it was definitely something for us…The stress and impatience would have made almost every band on this planet give up or leave the label…In this case everything has been decided or calculated together and the negative feelings that we usually face when a production is so long have become like a huge strength that have made us succeed in creating such a masterpiece. Yes, because “Transcending …” is an absolute masterpiece of gothic rock and I produced it from the practice room in Murcia to the last vocal overdub at MathLab Studio. I would like to thank the whole band, Jonathan Mazzeo, Dennis Koehne and Waldemar Sorychta for their great help….Without you this couldn’t be possible and in 20 years of work in the music industry I’ve never felt so excited. I am so proud but now I leave it with you all…Try to understand what we have done, find our emotions in the music and images … Transcend into rebirth, this is our gift.”