Jamie Mallender (Bass), “Make no mistake, we have made an album that’s gonna smack you in the face with both fists! This is the record that has been missing from the Metal scene for far too many years. But, despite the obvious anger and power of this music, there’s a lot of melody and harmony in there and we wanted to bring in a keyboard player that loved Metal, to compliment the melodic side, but not water things down or get too Wakeman on our asses. Meet Pontus Larsson, who has filled this role perfectly, he’s done exactly what we wanted him to and we are absolutely thrilled to have him onboard.” 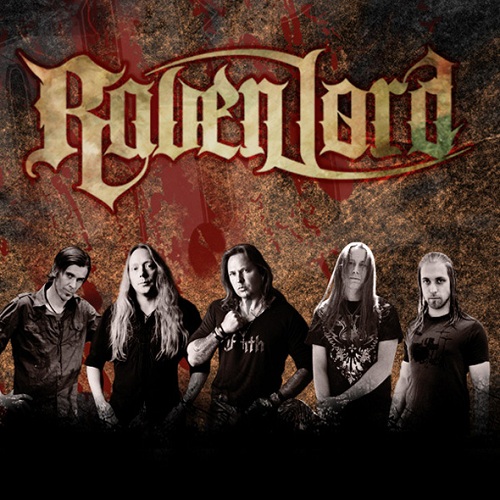 Pontus Larsson (Vindictiv, Firecracker), “I was in the studio recording an album with Vindictiv when I was asked to joinRaven Lord. I was kind of busy, but after I listened to the songs and checked out the band members it only took me 1 second to say yes! I’m proud to be a part of the band! It’s great to play with all these talented musicians. See ya out there! Rock on! The Lord of keys!”

The band has also been searching for a world class, powerhouse drummer, with the right chops and staggering technical ability to make a truly devastating rhythm section statement with this album. EnterHenrik Hedman, from Järvsö, a small village in the southern part of “Norrland”- Sweden, who has previously played with the bass guitar virtuoso Magnus Rosen.

Overjoyed at the new addition, Csaba Zvekan (Vocals) had this to say, “Henrik Hedman’s future is pretty clear he will be a big player in the music industry. We are fortunate to have him on board withRaven Lord!”

Henrik Hedman (Celestial Decay, Last Kingdom) is just as excited about the alliance, “I feel a great honor and exaltation at having been invited to the Raven Lord family. My fellow musicians are all wonderful people, extremely talented in their art and the creativity is overwhelming! No bullshit, this is an old dream come true! The Raven has spread its wings, and it’s heading your way! The Raven Lord of Thunder.”

RAVEN LORD are currently adding the finishing touches to the first album. and brace yourself for a killer of a Metal album heading your way soon!