Multinational Metal Behemoth RAVEN LORD have chosen Alessandro Duo (Voodoo Highway) as their keyboarder to complete the band. Italian born Alessandro Duo will be playing keyboards on all RAVEN LORD’s touring schedule in 2013 as well as coming up future recordings.

Band leader Csaba Zvekan issues the following statement: “Alessandro is a true Raven Lord and fits the bill like a glove. His musical skills are excellent and he makes a great addition to the band. We’re all happy and excited to have a complete band and are ready for our upcoming Tour in 2013 and Summer Festivals.” 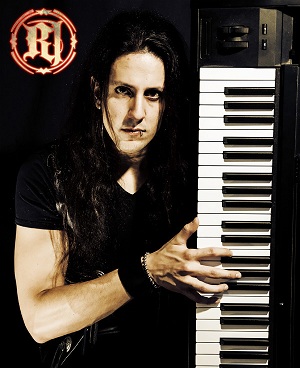 Raven Lord’s debut album “Descent to the Underworld” will be released on February 1st 2013 Worldwide except North America on February 12th 2013 and March 6th 2013 for France via Mausoleum Records.

While the band is priming themselves for some touring in Spring 2013 followed by Summer Festivals as well as some high profile shows.

“Unashamedly wearing their heavy metal roots on their leather-studded sleeves,RAVEN LORD combine the classic metal feel of the past with the fresh aggression of the present,” according to a press release. “Thunderous bass lines, pounding drums and explosive riffs blend with distinct heavy, melodic vocals to create driving and memorable songs.”

RAVEN LORD and ROCK N GROWL recently launched a worldwide fan video contest for the track “BLACK FRIAR“. It comes off their forthcoming album “Descent to the Underworld“.

The winning contestant will be publicly announced in a press news and wins 300€ for the efforts. The video chosen will be the official music clip for the upcoming album release in January 2013. Go there: www.rockngrowl.com/raven-lord-announces-fan-video-contest