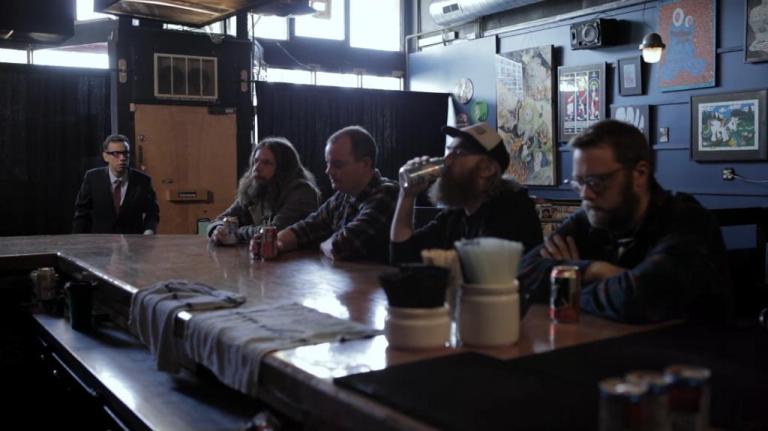 While RED FANG wind their way across North America on their autumn tour, the rising rock group are exclusively premiering the brand new video for “Blood Like Cream” – the first single off their new album Whales and Leeches – today via RollingStone.com (Video is not yet available in all territories but will be available worldwide tomorrow). Actor/comedian Fred Armisen (“Portlandia,” “Saturday Night Live”) joins in the fun with the beer-loving Portland-based band. Watch the raucous clip, directed by Whitey McConnaughey, exclusively at RollingStone.com. RED FANG will also make their late-night television debut on The Late Show with David Letterman, on Friday, January 10 (11:35/10:35p CT), performing “Blood Like Cream.”

In celebration of the new music video premiere, Whales and Leeches Deluxe CDs and 2xLPs featuring stunning 3D cover art and 2 exclusive bonus tracks will be available for 25% off this weekend only exclusively via the Relapse Records Mailorder! Get yours HERE.

RED FANG wrap up their current tour with The Shrine, Indian Handcrafts, Cancer Bats, and Radkey later this month and embark on a European tour with Lord Dying in 2014.