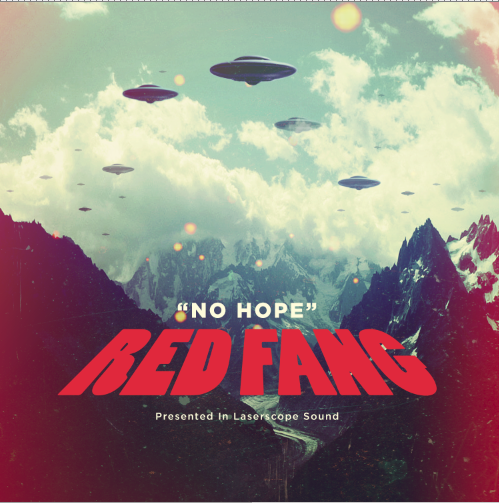 As they prepare to launch their fall U.S. headlining tour, RED FANG have premiered the second new song from their upcoming album WHALES AND LEECHES.  Listen to “No Hope,” on GuitarWorld.com and Revolvermag.com or head over to RedFang.net where you can grab a free MP3 when you sign up for the band’s newsletter.  In case you missed it the first single “Blood Like Cream” is available for streaming via Soundcloud HERE.  Expect a signature Red Fang music video for that track in the near future.

The boys will release their third studio album, WHALES AND LEECHES–both in stores and via digital retailers–on October 15 via Relapse Records; fans can pre-order via Relapse HERE or via iTunes for an exclusive track only available during pre-order.

Meanwhile, the band will kick off the their fall headlining U.S. tour beginning October 1 at the Red Bull Sound Select event in Portland, OR and before wrapping up full-circle on December 27 in their hometown (see confirmed dates below). Supporting acts are Helms Alee, Dog Shredder and Gaytheist for the first leg and The Shrine, Indian Handcrafts, Cancer Bats and Radkey on the second leg.  So come join the guys out on the road for a classy evening of headbanging, fist-pumping and beer chugging and check out some of the awesome WHALES AND LEECHES pre-order options HERE!