Shadow Kingdom Records has given worldwide release to the double-CD reissue of PALE DIVINE‘s 2007 release Cemetery Earth. The fully remastered Cemetery Earth album is contained on disc one, while disc two contains Demo 2006, as well as live and rehearsal material. Don’t miss out on this stellar release from one of traditional doom’s most underrated bands.

Digital copies can be previewed and purchased at shadowkingdomrecords.bandcamp.com.

Cemetery Earth is available on disc at store.shadowkingdomrecords.com 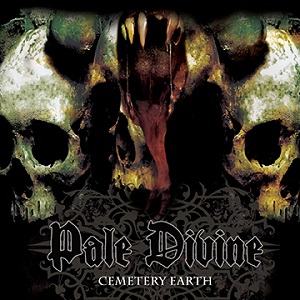 “…this album shines a light on everything that doom can be if bands are willing to take chances and venture off the beaten track” – MetalMouth.net