Long-running Floridian death metal outfit RESURRECTION has signed with Old School Metal Records. The deal will see the release of the band’s first full-length since 2008’s Mistaken for Dead. Due out in March, Soul Descent – March of Death will be released in conjunction with the “March of Death” European Tour. The tour kicks off on March 14 in Germany and will take RESURRECTION through Germany, Belgium, Holland, Czech Republic and Poland. 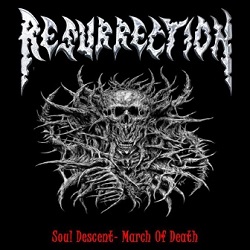 RESURRECTION  has no plans to stop the momentum of delivering their Brutal Death Metal style & sound to the metal maniacs around the world. 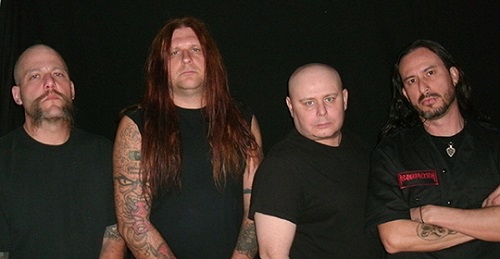 RESURRECTION formed in 1990 in Tampa, Fla., right in the midst of the massive Florida Death Metal explosion! From this scene was born a band that would stand the test of time and deliver genuine Brutal Death Metal.

After two demos and endless U.S. touring with many of the most established death metal bands of the day, RESURRECTION was picked up by Nuclear Blast Records. In 1992, the band was featured on the Death Is Just The Beginning: Vol II compilation, and also released a 7″ vinyl split with three other Nuclear Blast bands. These releases propelled the band to the forefront of the Nuclear Blast roster, and set the stage for their debut full-length. The last few months of 1992 were spent recording the band’s now infamous Embalmed Existence; recorded at Morrisound Studios with Scott Burns at the helm. Released in ’93, the album was very well received by the global metal community and is considered a must have for Death Metal fans which has stood the test of time. To this day, the album is very highly regarded and respected, and has earned RESURRECTION an extremely dedicated and loyal world-wide fan base.

A changing Metal scene and some of the member’s personal interests temporarily split the band up in 1996. This hiatus was short-lived and RESURRECTION was permanently resurrected in 2005. Upon return, RESURRECTION started playing the U.S. festival circuit and making plans to record and tour. In 2007 RESURRECTION signed to Germany’s Massacre Records and released Mistaken for Dead in 2008. This album was also very well received within the international Metal community and sold very well, especially in Europe. The following year saw the re-release of the Embalmed Existence Limited Edition The album included the band’s 1991 and 1992 demos, as well as additional bonus material. The entire release was re-mastered at Morrisound Studios in Tampa. 2010 and 2011 saw RESURRECTION’s return to Europe, as well as vinyl treatment for Embalmed Existence Limited Edition and Mistaken for Dead. The four-song EP, Ritual Slaughter, was also unleashed in 2011.

In 2014, it’s become apparent that RESURRECTION is not going away or just having some kind of nostalgic reunion. RESURRECTION is back and back to stay, delivering their Hellish Crossfire of Brutal Death Metal!

For more on RESURRECTION, visit www.facebook.com/RESURRECTIONFLORIDA.