“Shadow Kingdom Records is thrilled to finally re-issue a groundbreaking 90’s Doom Metal classic – REVELATION – Salvation’s Answer! This was originally released on the classic Rise Above Records all the way back in 1991. It was one of their first releases when they started the label. Even today, there’s nothing quite like this album, a lost gem stuck in the sands of time. Very few bands have been influenced by REVELATION’s unique brand of Progressive Doom Metal. This is a special album that will only attract people who are really looking for sub-basement classics.” 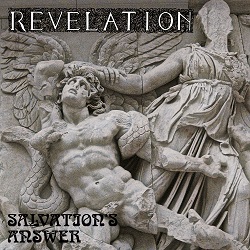 Details and ordering info can be found at store.shadowkingdomrecords.com.