REVOCATION have confirmed the release date for their new self-titled album via Relapse Records. The new album will be out on August 2nd in GAS, Benelux and Finland, August 5th in Europe and August 6th in the US. This is their 4th full-length release and the first featuring new bassist Brett Bamberger. Today the band has unveiled the artwork and tracklisting for the album. The artwork was created by Orion Landau (Dying Fetus, Obscura, Nile). 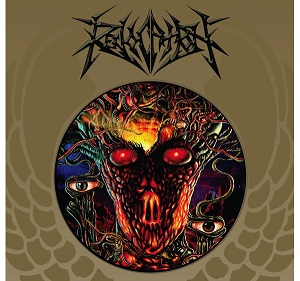 Throughout the recording process the band had cameras rolling capturing everything. From this footage REVOCATION has put together a series of videos detailing different aspects of the recording process. The first in-studio video focuses on the drums and bass and can be viewed HERE. Additionally the clip features 10 seconds of new REVOCATION music. The second video in the series focusing on the guitar and bass tracking and features 10 seconds of brand new REVOCATION material. Check it out HERE.