RIVAL SONS have been presented with the “Breakthrough Artist” award at this year’s Classic Rock Awards show in London, UK, following the recent release of their new album, HEAD DOWN, which landed in the national charts in ten countries.

Exactly four years to the day of their first ever show together, and only eighteen months since their first European show, RIVAL SONS have been recognised by the esteemed Classic Rock magazine for their meteoric rise to becoming this generation’s hottest rock band.

“What a fun night…  Billy Gibbons complimented my suit, and I met fellas like Nick Mason from Pink Floyd, Lemmy and Duff McKagan, not to mention making a good pal in one Mr. Vic Reeves (who presented our award in top style)!  Thank you Classic Rock magazine – Breakthrough Artist, kick ass!” 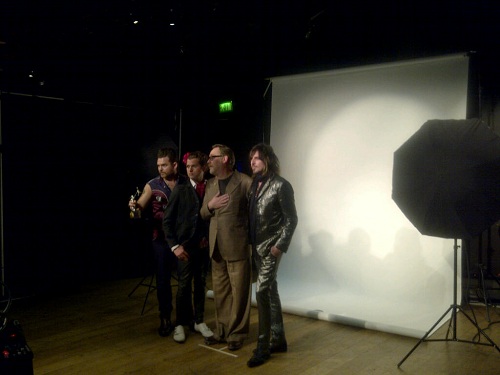 HEAD DOWN is available now in Europe on jewel case CD, digi-sleeve CD and limited edition audiophile vinyl.  A special framed stencil edition hand-made by the band themselves is also available exclusively from the Earache Webstore.  Get the album now in Europe at http://bit.ly/jucwYJ

HEAD DOWN is also available now on iTunes at http://bit.ly/KMbFhR

HEAD DOWN is due to be released on physical formats in the USA on January 22nd, 2013, but the European import version is available now from the Earache Webstore at http://bit.ly/mtaFfm