Poland’s Progressive Rock shooting starts RIVERSIDE have wrapped up the studio recording work for their newest, fifth studio album and have announced it to be titled “Shrine Of New Generation Slaves”. The much anticipated, five-word-titled release will come out on January 21st, 2103 via their longtime label partner InsideOutMusic.

“Shrine Of New Generation Slaves” was recorded at Serakos studio in Warsaw, Poland (where “Reality Dream Trilogy” was also tracked) with Magda Srzednicka and Robert Srzednicki and will offer more than 50 minutes of high-class RIVERSIDE music, divided into 8 completely new pieces, including songs such as “Celebrity Touch”, “Escalator Shrine” and “Coda”.

RIVERSIDE have checked in to comment as follows:
“In 2012 we’ve been focusing on the work on the new album, and trying to prove, mostly to ourselves, that we can still surprise with something, and what’s most important – create an album that would become our showpiece, music-wise and lyrics-wise,” says Mariusz Duda, the band’s leader. “The title might sound a bit intricate, but the acronym will definitely explain what we did with our music this time.”

Some first RIVERSIDE tour dates for 2013 have been confirmed by now as well. A full tour schedule will be announced soon, but here are already the dates available so far:

You can still read about the album’s recording process of the new album by visiting the band’s online blog here: http://www.riversideband.pl/en/news/studioreport

A video interview with the band directly from the studio can be seen here: http://www.youtube.com/watch?v=9105B_gCrF0

The upcoming album is the full-length follow-up to “Anno Domini High Definition“, which had entered the sales charts in Poland at # 1 (Gold album status by now!), Germany at # 94 and The Netherlands on # 58 upon release in 2009.  In 2011, RIVERSIDE released a special EP entitled “Memories In My Head” in order to celebrate the band’s 10th anniversary of existence. 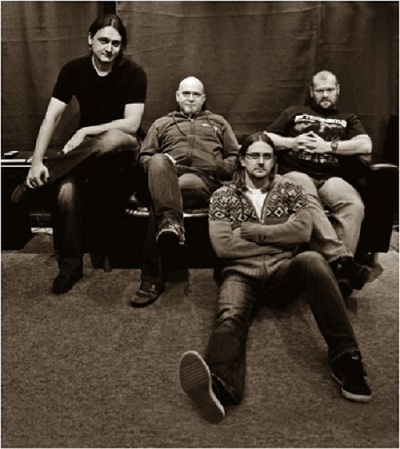 You can still order them here: http://www.insideoutshop.de/Artist/Riverside/20863