Danish Roarback is a young band from Roskilde, Denmark, formed in 2011. Besides vocalist Dennis Ullehus, the members are in the ages of 19-20 years old. Despite their young age the band is looking back in time and focusing primarily on the 80’s Thrash metal and the 90’s Death metal.

With only their one EP  behind them, “Face the sun” from 2012, ROARBACK is now ready to release an intense and morbid debut album which consist of 10 death filling tracks. The track list includes deadly titles like “Systematically Murdered” and “Manor of Hatred” and “Warmachine”. Last-mentioned is macabre story about a Jesus-figure as a cybernetic killing machine, who kills everybody in his and Gods name to push religion on people!

In general ROARBACKs songs are about hate, pain, violence, death and religion. The tracks will take you through a journey of war, mental illnesses, fights, punishments and pure hate! ROARBACK does this with a raw and brutal vocal performance supported by some heavy and vigorously drumming combined with fast guitar riffing and dark bass notes.

With inspirations from great bands like: Slayer, Entombed, Cannibal Corpse, Havok and Deicide, ROARBACK is primarily focusing on the more raw, dark and brutal parts of metal. Hence “Echoes of Pain” will take the listener through some heavy Thrash and to some more dark and hateful Death metal.

The band takes pride in recording their music with an “old school” touch and with a raw and direct sound. The whole idea is to take metal a step back, to where the sound was pure and straight in your face!

“Echoes of Pain” will released January 27th 2014 via Mighty Music/Target.

Check out the lyrics video for “Systematically Murdered” here: 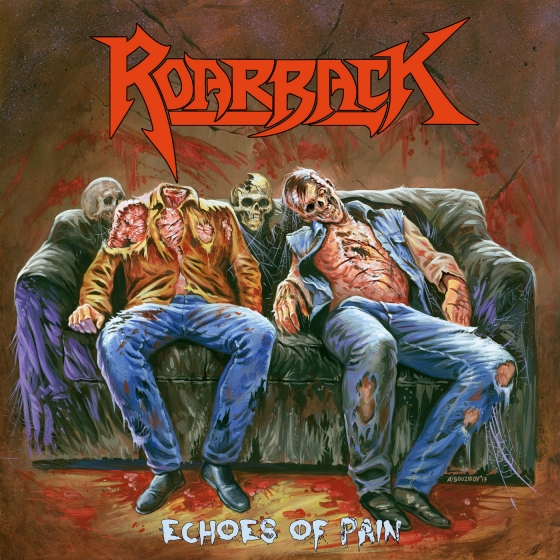