DESOURCE arises from the ashes of the locally famous Metalcore piece MY SWEET NIGHTMARE, originally started in 2007 and progressively evolved along the years through numerous line up and stylistic changes, growing into the hardcore/metal/progressive beast which it is now.

In its history the band has had the honor to share the stage with important acts such as THE SECRET, HELIA and LOCKED IN and receive great feedback and interest by worldwide famous producers like GREG HAVER (Bullet for my Valentine), JOE BARRESI (Tool, Parkway Drive) and GGGarth (Biffy Clyro, Atreyu, RATM).

The long awaited debut Album DIRTY HAPPINESS, mixed and mastered by DGM’s guitarist and heavy metal music production Guru Simone Mularoni, has been released through THIS IS CORE RECORDS in September 2013 along with the first single and Videoclip “This Plague Called Love” featured on Blank TV.

DIRTY HAPPINESS is available for streaming in its entirety here: https://soundcloud.com/desource/sets/dirty-happiness 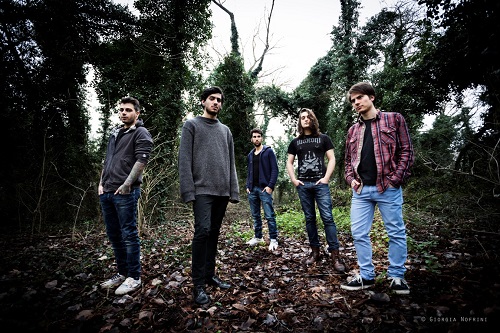