Arizona punk/hardcore assault, RUN WITH THE HUNTED, are pleased to announce the release of their long-awaited new full-length. Titled The Sieve And The Sand, their fourth long player was engineered and mixed by Alex Estrada (Touche Amore, Nails, Joyce Manor), mastered by New Alliance East (Converge, Dropdead, Doomriders) and finds the band at the apex of their creative ambitions.

Exploring a wider range of the emotional spectrum, both sonically and lyrically, than its predecessors, The Sieve And The Sand defies genre norms, displaying a maturity seldom realized in hardcore. RUN WITH THE HUNTED manages to weave in and out of multiple genres seamlessly while maintaining the constant sense of urgency and desperation for which they are known. The result is a seven-track monster that encompass a lifetime of pain, struggle and a desperate search for meaning and purpose in an otherwise careless world. Vocalist/lyricist Drew Wilkinson lays his soul bare in his most honest and vulnerable performance yet, exploring existential dilemmas and exorcising private personal demons in the process. Seven years of near constant international touring have created one of the scene’s hardest working and most beloved bands. The Sieve And The Sand is a shining example of a band truly mastering their craft. 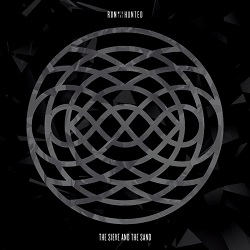 The Sieve And The Sand Track Listing:

The Sieve And The Sand will be released via Panic Records on June 3rd, 2014. Further info, including preorder links, will be announced in the coming weeks. In the meantime, check out the ripping new teaser video at THIS LOCATION.

In related news, RUN WITH THE HUNTED will kick off a short run of live takeovers this week. Scheduled to begin this Thursday, the band will trample four venues alongside Seizures with an additional show scheduled on March 15th with Hollow Earth and Old Wounds. In conjunction with the tour, RUN WITH THE HUNTED will be selling a limited run of cassette tapes featuring two new tracks from The Sieve And The Sand this weekend only. Check out confirmed dates below.

RUN WITH THE HUNTED w/ Seizures:

RUN WITH THE HUNTED – The Sieve And The Sand