Saor, the one-man Atmospheric Celtic Metal band from Glasgow, Scotland, is streaming the title song from their upcoming album “Aura” at Against Magazine: http://againstmagazine.com/website-exclusive-saor-aura-streaming/

If you’re not familiar with the band’s 2013 debut “Roots”, what you can expect from this project is a blend of styles influenced by Scottish Folk, Atmospheric Black Metal and Post-Rock, using traditional Celtic Folk instruments such as Tin Whistle, Bagpipes and Bodhrán.

“Aura” will be released via Northern Silence on 6th June 2014. 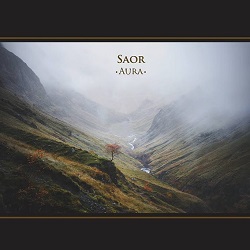