German melodic death metal outfit SAPIENCY have hooked up with StereoKiller.com to stream their newest release, Tomorrow, in its entirety. The highly-anticipated follow up to the band’s acclaimed 2010 debut, Fate’s End, Tomorrow was released on CD format in March on Saol Music. Eclipse Records will unleash this beast in North America, as a digital download, on November 26.

Tomorrow engages with absolute power and a more organic sound right from the first note, striking the perfect balance of melody and heaviness. With Tomorrow, SAPIENCY has established themselves as the spearhead of German melodic death metal.

Check out the album that Lords of Metal called “melodic death metal at its best,” at www.sapiency.stereokiller.com.

For more on SAPIENCY, including merch and selections from the band’s 2010 debut Fate’s End, visit the newly launched www.sapiency.org. 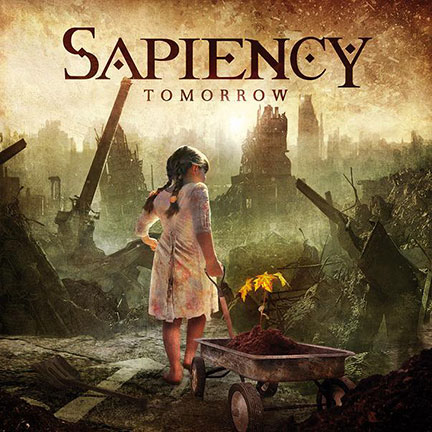 Frankfurt-based metal unit SAPIENCY was founded in 2009. The band’s debut album, Fate’s End, was released throughout Europe in collaboration with SAOL/Hartl in October 2010. It was highly praised by professional magazines.

SAPIENCY have toured twice in the time since the debut’s release and provided support for band such as SONIC SYNDICATE, W.A.S.P., DEATHSTARS, VADER, VICIOUS RUMORS, ONKEL TOM (ANGELRIPPER), POWER QUEST and many more. In 2012, SAPIENCY was invited aboard the 70.000 TONS OF METAL cruise ship tour with and appeared alongside the likes of CHILDREN OF BODOM, HAMMERFALL, EDGUY, NIGHTWISH, ANNIHILATOR, AMORPHIS, CANNIBAL CORPSE, KATAKLYSM, VENOM and several other high-profile acts. That same year, the band performed on the main stage of Metalfest Open Air at the Loreley.

Through their energetic, infectious and convincing live performances SAPIENCY has the ability to energize any audience in front of them. The combination of melodic and aggressive vocals, technically sophisticated drumming and powerful guitar work creates a distinctive unconventional sound, which can only be described as SAPIENCY. 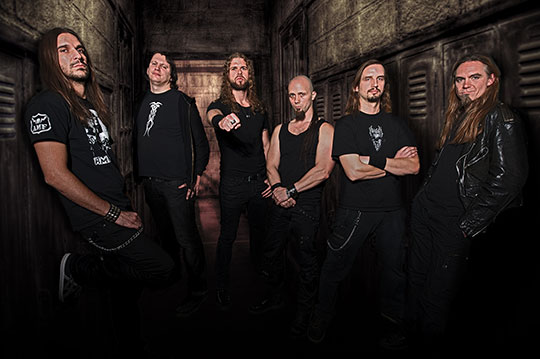 Hot News: Sapiency – ‘Tomorrow’ To be Released Digitally on Eclipse Records in November