Colorado Satanic metal masters SATAN’S HOST will be releasing CELEBRATION For the Love of Satan on November 22nd via MORIBUND RECORDS. The new disc is a compilation of two new songs and songs from each album that spans the career of the band, except from earlier 2011 release By the Hands of the Devil, to commemorate the 25th anniversary of the release of the cult classic and debut album Metal from Hell. The new disc was once again recorded with producer Dave Otero at Flatline Audio in Denver, Colorado and has exclusive artwork by world-renowned artists Chris Moyen and Joe Petagno, and photography by Brent Boutte of Mirrorlife Productions. SATAN’S HOST recently re-signed with MORIBUND RECORDS for another two-album deal with exclusive options. The band will also be one of the headliners at the Up The Hammers festival in Athens, Greece in March 2012 and will also be appearing at the Gothic Theatre for the fourth-annual Raven Eggs and Kegs Radio Show Halloween Bash hosted by Raven on Oct. 21 in Denver, Colorado. 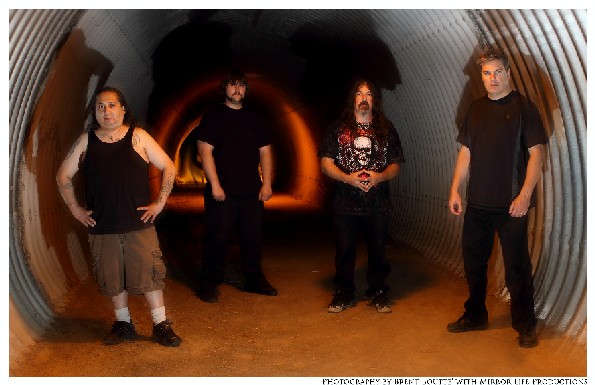 The track list to SATAN’S HOST’s CELEBRATION For the Love of Satan is as follows: