Do you remember the Norwegian goth metal legends, The Sins Of Thy Beloved?
They have been dormant since quite a while and after years of a rumored reunion, Stig Johansen and Anders Thue have instead risen from the ashes with a new band, Savn, and a new vision. The seeds for Savn (translated: Deprivation) officially took root in 2013 when multi-instrumentalist Stig contacted Midnattsol vocalist and long-time friend Carmen Elise Espenæs about singing one song for the planned album. She agreed, and he and Anders (keyboards) were so pleased with the final result they invited Carmen to sing on the entire record.

And, how did this come together?
“In the beginning they just wanted me here and there in parts of the songs”, Carmen reveals, “but I became more and more involved as we worked. There were some parts that I asked if we could change them because I had a chorus or melody line that needed to be in there. They decided that it would be best to say that I’m part of the band. I loved the music when I first heard it, and working with them in the studio was a great experience.”

Savn is uncharted territory for the trio in that the music is unlike anything created by them before.
“It’s fantastic”, says Carmen of exploring new musical territory with Savn, “I feel it brings me back to who I am. If I go for a really long time not making music I lose something of myself. Getting into doing Savn really makes me feel alive. And I have absolutely no clue why, but all the ideas for the song melodies came so fast. I have to say I’ve never been so satisfied when making a new album, and I think the vocal melodies on this one are the best I’ve ever done. They’re catchier, I think, probably because the song structures are simpler so that people will want to song along and listen to the songs over and over.” 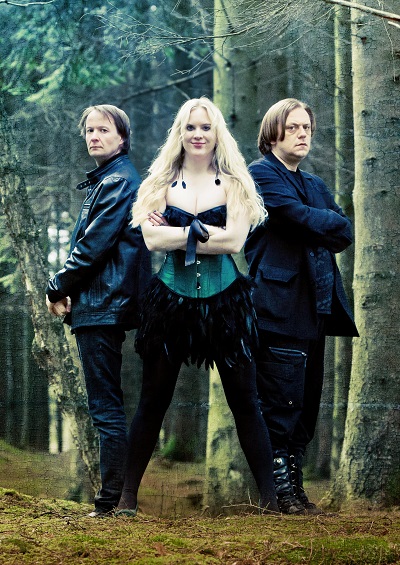 Savn is unique, not simply following trends, and it sounds so fresh and alive! Savn have composed the music and Carmen all the lyrics. Watch out for many surprising guest appearances on the debut album that was recorded, mixed and mastered by their great producer Alexander Krull (Atrocity, Leaves Eyes) in the famous Mastersound Studios, Germany.

Carmen is particularly fond of the song ‘I Am Free’ that is featuring as great surprise her sister, Liv Kristine. It marks the first time the siblings have recorded one of Carmen’s songs together.

And in fact, perhaps Liv Kristine describes Savn best from the point of view of an observer and participant of the album recordings: “If you like the old Theatre Of Tragedy, you’ll enjoy Savn. I love the album!”

Stay tuned for many more details on facebook.com/SavnOfficial and savn-official.com and listen to the very first song previews here http://youtu.be/HXOAEnOEXgk 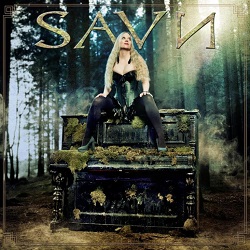