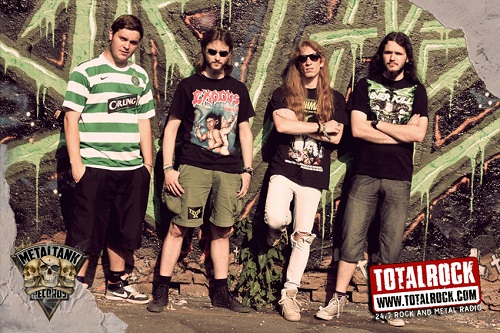 The infamous UK based Total Rock Radio and Metal Tank Records are proud to present the exclusive stream of the second single from Panikk‘s album “Unbearable Conditions” which is due for release in early 2013.

After the enormous public feedback of the first single entitled Panic Attack which can be heard by clicking here, Cruel World (Society to Adapt) is the second revealed single from their upcoming album “Unbearable Conditions“.

The streaming is available at www.totalrock.com. Be prepared for another tune of fast, old school and untamed thrash metal from one of the leading Slovenian bay-area influenced metal band in the vein of VIO-LENCE, EVILDEAD, FORCED ENTRY and ACID REIGN.

Hot News: Panikk finished the recording of the upcoming album!