SEDUCED BY SUICIDE released “Enlightened Dawn of Death”, the first of a series of singles that will be released in the next few months. The new song, like the other band releases, is available for download at www.seducedbysuicide.com

About the series of singles Earth, the vocalist and multi-instrumentist of Seduced by Suicide comments: “I recorded several other songs with the idea to release an album, but during the process I noticed that all of them, in a way or another, needed a certain attention to actually have life, something that would not happen that way. Record a song or even an album isn’t a hard task, even if takes time, but to give life to a song, that requires more than just do everything technically flawless. It’s necessary to completely give yourself to it, reach wherever you thought was your limit and go beyond, until it sounds as good in your player as it sounds in your mind. Although rewarding, it is quite exhausting and when you do it alone, it works better if you concentrate in a single song.” 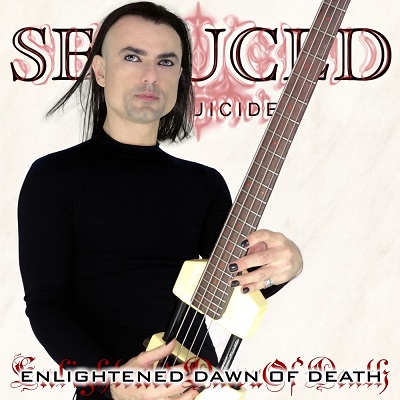 Recently Earth released a new Blood Tears‘ song and is working on the recordings and production of metal bands like Eridanus and Hate Handles in Estúdio Nitro, his audio and design studio