We are proud to announce that dutch modern metallers SELFMACHINE have signed a worlwide distribution deal with Wormholedeah for the release of their upcoming album “Broadcast your Identity“.

The cd wich features 11 songs of groovy/aggressive metal has been produced by Stef Hartog and will be released in a beautiful digipack. Aural Music Group will distribute the record worldwide.

To share this great new with their fans the band just unleashed an exclusive footage via youtube: http://youtu.be/kSLUPGtywSA

A full preview for the song “Smother the sun” is available for streaming at this location: http://youtu.be/mFj-zPJMx1Y 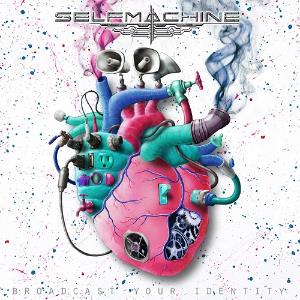 The band stated: “We are very excited to have signed with Wormhole Death / Aural Music! For the last 2 years we have worked hard to write, record and produce our debut album and we can’t wait to present it to the world.

The fact that our band, that has only been around for a few years, gets the chance to release its debut album worldwide through this great label is something we are extremely proud of. Wormhole Death clearly understands what our music is about and what we are trying to achieve. So hold on to your socks everybody, ’cause here we are, about to broadcast our identity!”

Worm stated: “SELFMACHINE have been around for a few years only but have shared stage with bands like Threat Signal, The Agonist, Oddland, Transport League, Dawn Heist already. This is a proof of how professionally and seriously this band approached to their career in music. In fact this deal was suggested to me by Wietze of Armada booking wich is one of the best agencies around … This is another proof of how fast this band is gaining recognition from the insiders of the music business. Furthermore the band members have professional backgrounds as well. “Broadcast your identity” delivers such a big variety of emotions: from brutal and violent grooves to melodic and emotional patterns, the production is great and the artwork is absolutely amazing.  In a few words this project deserved support and we decided to offer them a deal, herewith announced, to distribute their album.