SVART RECORDS sets October 18th as the international release date for SEREMONIA‘s second album, ihminen, to be released on both CD and LP formats. Finnish for “human,” SEREMONIA‘s ihminen follows the band’s self-titled debut album, released to worldwide critical acclaim last year by SVART. The first taste of this psychedelic new album can be heard in “Ovi,” released earlier this year on 7″: https://soundcloud.com/svart-records/seremonia-ovi. Cover and tracklisting for SEREMONIA‘s ihminen are as follows: 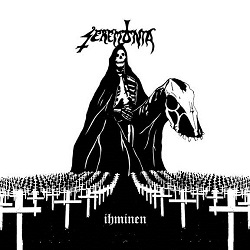 SEREMONIA’s influences still come from the most psyched-out acid vinyls the ’60s, ’70s, and ’80s have to offer. On ihminen, the influence of old Finnish punk and prog rock is more audible than before. The prevailing theme in Ilkka Vekka’s lyrics is the lunacy and evil in man. It’s not a concept album with a clear storyline, but every single song paints a coherently pessimistic picture of these dark times we’re all living in.

The explosively unpredictable nature of SEREMONIA’s onstage playing has been captured in the studio. The bass churns out the catchy riffs, screeching fuzz guitars wail feverishly, and drums pummel away in a psychotic frenzy. Flutes, synthesizers and bold use of effects add cosmic dimensions to the mix. On top of these psychedelic dirges, vocalist Noora Federley preaches the dark gospel in a blood-chillingly cool manner. The 2010s may have more than its share of Black Sabbath-influenced retro-rock bands, but SEREMONIA stands out from the crowd just by naturally sounding a few notches more creepy and weird than your average hippie doomsters. 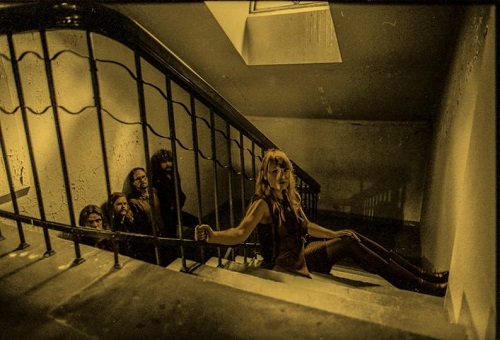