Underground death metal collective SEROCS will unleash The Next on October 1st through Comatose Music.

The Next includes eight songs of pure devastation and chaos, with similarities to CRYPTOPSY, WORMED, DECAPITATED and GORGUTS. The Next marks a new chapter in the sound of SEROCS as they bring technical death metal back to its heavier roots. The album also features guest appearances by musicians from around the world, including Antti Boman (DEMILICH), Chris Lollis (LECHEROUS NOCTURNE) and more. Recorded in eight cities across the globe, The Next promises to leave a punishing and everlasting impression.

SEROCS began in 2009 as a one-man project by guitarist Antonio Freyre that later transformed into a full-blown international band with the addition of Timo Häkkinen (SOTAJUMALA), Mike Poggione (MONSTROSITY) and Jason Hohenstein (ex-LECHEROUS NOCTURNE).

1. The Next
2. The Variable
3. Urban Terror
4. Weakness Fed the Fear
5. The Hellgramite Method
6. The Shining One
7. ChernoVile
8. Alienus Gignesthai 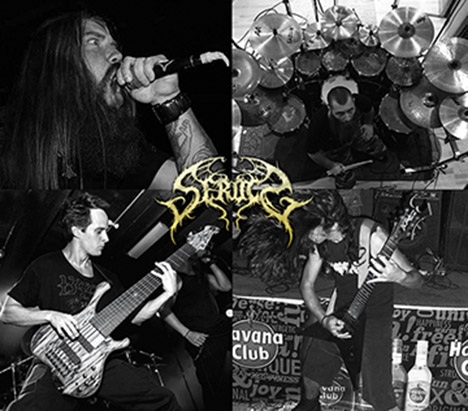 Hot News: Serocs – ‘The Next’ Out Now on Comatose Music