The seven bands join a bill rammed with extreme quality including Carcass, Cult of Luna, Katatonia, God Seed, Vallenfyre, The Ocean and Crippled Black Phoenix who will all lay waste to Leeds University Union on Saturday, November 2.

Returning to Leeds University Union following a blistering set at Damnation in 2009, Rotting Christ’s singer Sakis Tolis promised: “Our damned souls could not find a better and suitable shelter than Damnation Festival.

Of their pending appearance at Damnation, Alan Averill said “I had a great show at Damnation with Primordial last year, and this year Twilight of the Gods arrives to bring Leeds some true epic heavy metal.

“Our album will be out in September so it’s perfect timing for our first set of original songs in the UK.

“We promise you blood and heavy metal thunder”

The guys from Palehorse added; “We’re really pleased to have been asked to play with such an impressive array of quality bands.

“Thanks to everyone at Damnation for choosing us in the ‘odd ones out’ category.”

Damnation Festival is also delighted to confirm the addition of a fourth stage, which will focus purely of doom and sludge.

Festival Director Gavin McInally said: “The support we have been shown by the fans over the year, and in particular over the last month since we mooted the idea of a fourth stage, has been phenomenal.

“They have put us in a great position for this year’s event and afforded us the opportunity to grow to our biggest event yet.

“With our newly proposed timetable, fans will be able to see more bands in a day than at any other year.” 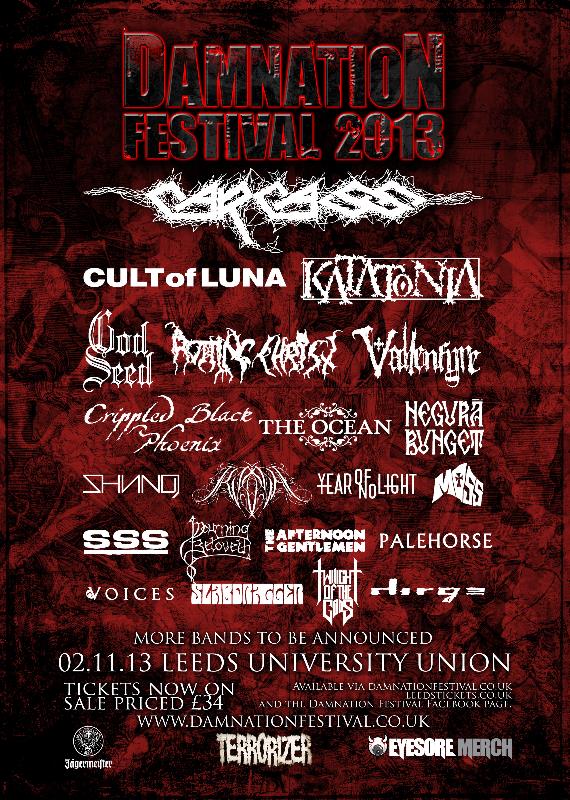