Shadow Kingdom Records has reissued an underground heavy rock/metal classic from the early 70’s in BOLDER DAMN‘s Mourning. In the vein of PENTAGRAM, SIR LORD BALTIMORE, BLACK SABBATH and BLUE CHEER, BOLDER DAMN was one of the 70’s heaviest acts. Gone unnoticed by the masses for years, Shadow Kingdom Records has given this classic record the justice it deserves with this fully re-mastered reissue, complete with photos and band info.

Mourning is now available at the Shadow Kingdom Records Store and is streaming in full atshadowkingdomrecords.bandcamp.com/album/mourning. 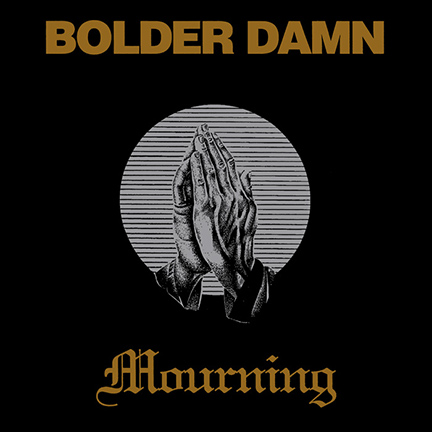 The 70’s were responsible for birthing not only Heavy Metal, but also a mountain of obscure Heavy Rock classics that all pretty much flew under the radar due to the lack of money to get these bands and records more well known. BOLDER DAMN from the U.S. is a prime example of how amazing a band can be, but yet virtually still unknown to a lot of people until now. Talk about HEAVY, this band was extremely heavy for the time of their debut release in 1971. They certainly challenged Black Sabbath in terms of heaviness. Their closing song “Dead Meat” would be considered some of the heaviest/proto-doom riffs to be heard back then. “Dead Meat” was an epic barnburner for the time. Even to this day that song still carries the same impact it did when it was originally released, much like the song “Black Sabbath”. For people that know more obscure greats like 70’s era Pentagram and Sir Lord Baltimore, this album fits right in with those. It’s a little more in the psych/fuzz heavy rock genre, but what’s not to love there? The album was re-mastered and the booklet contains a history of the band, lyrics, and old photos.