Shadow Kingdom Records has reissues the sophomore album from legendary Wichita, KS heavy metal behemoth MANILLA ROAD. Metal is a transition period for the band, one that saw them getting away from their Progressive Rock roots and moving more towards Heavy Metal – hence the title Metal. There are some amazing songs here and the production is very similar to their debut, Invasion. “Cage of Mirrors” is easily the best song and if it had the Crystal Logicproduction it could have been on that album, which is considered by the majority MANILLA ROAD fans as their best album. The artwork for the reissue is what the originally had in mind for the album, but due to some issues, they released a more plain cover instead, which is now included on the back of the booklet; the choice of preferred cover is then left to the fan. 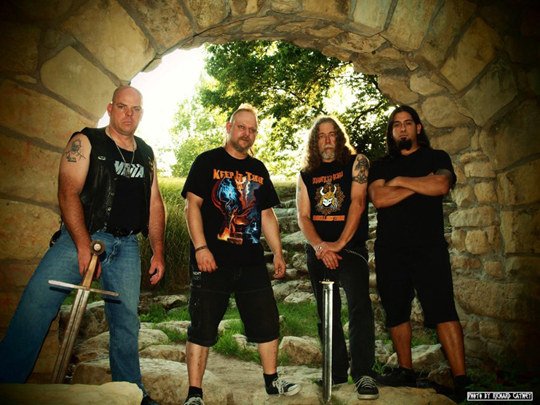 2013 promises to be a huge year for MANILLA ROAD. The release of their newest and landmark 16th album, Mysterium, sees this legendary band firing on all cylinders. With a successful appearance at the Metal Assault III Festival in Germany under their belts, MANILLA ROAD is set to dominate more stages throughout the year. Performances at Maryland Deathfest, Chaos In Tejas, Sweden Rock Festival and Hellfest Open Air are only a handful of shows announced for 2013 thus far. For a complete listing of MANILLA ROAD live dates, visitwww.manillaroad.net/tour-dates.

Stay tuned to www.manillaroad.net and www.facebook.com/ManillaRoadOfficial for news and updates from band founder Mark “The Shark” Shelton.