Sweden’s SHINING have today announced that their new album will be called “Redefining Darkness”. Unlike all previous SHINING albums “Redefining Darkness”, which will be the band’s eighth full-length release, will not preface its title with a number. According to founder and front man Niklas Kvarforth “The use of numbers to describe our albums is no longer something that SHINING is interested in doing. The new album is without a doubt the darkest thing I have ever done or heard. People will be upset for sure -and hopefully its divine genius will destroy the lives of thousands”. “Redefining Darkness” is set for release on Spinefarm Records International later this year. 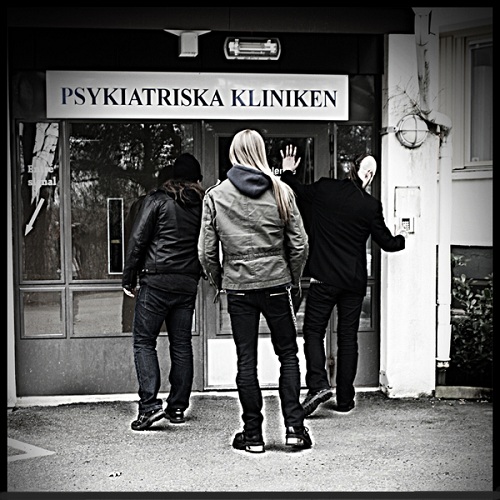 In other news from the band, a new website has been set up at www.shiningasylum.com

SHINING’s next live appearance will take place at Summer-Breeze in Dinkelsbuehl, Germany, on Saturday 18th August, followed by the Bunker Festival in Oslo, Norway on the 25th August. More information about SHINING can be found at http://www.facebook.com/shiningofficial

The official video for the track “Förtvivlan Min Arvedel” from the SHINING album “VII / Född Förlorare” can be seen at http://www.youtube.com/OfficialShining