Following an announcement on the band’s Facebook page recently, Sweden’s SHINING has revealed the artwork for the upcoming split with MORTUARY DRAPE as well as posting a teaser for the SHINING track. Titled “In the Eerie Cold Where All the Witches Dance” and set for release on Primitive Art Records, the 7” vinyl will contain an exclusive track from each of the bands. The two tracks will only be released on the split and will not appear on any album. The teaser for the track can be heard at http://soundcloud.com/shining-official/shining-teaser-from-in-the

Commenting about the SHINING track on the original announcement of the split, frontman and founder Niklas Kvarforth said: “In 1998 a song was written which was intended for inclusion on our first album. However, somehow we were not able to record it properly, which forced us to re-record “Endless Solitude” instead. At the next Abyss session we faced the same problem and after that, the then-titled “One With The Endless”, was left out as we were certain the song had a curse written all over it. Quite recently, we gave it a third shot, and this time the curse was embraced instead of the opposite. A strange phenomena reinventing itself in every way possible, and, for some odd reason, no matter how hard I tried, I couldn’t write any suitable lyrics, and once again considered leaving it be. I did however have a very close friend of mine in the studio who not only came up with a new lyrical theme for the song but was also given my full blessings to sing it”. 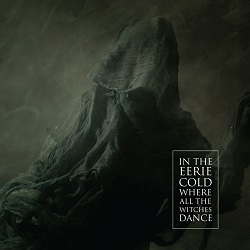 The teaser for SHINING’s track on “In the Eerie Cold Where All the Witches Dance” can be heard at http://soundcloud.com/shining-official/shining-teaser-from-in-the