Silver Addiction is a Sleaze Punk band from Turin, Italy. The band has been formed in 2012 by Dolzan and Alex, they were playing together in an 80’s glam metal band when they opted to do something fresh and new.

As many times happens, they had since the beginning tons of ideas which must to be put on a tape, after rehearsing them, doing a couple of demo-tapes they decided to enter the studio for their first full length album.

Immediately before they changed line up in a friendly way, coming out pretty soon with their first self produced album called “ALL IN VAIN”.

The songs are good mix between punk and rock ‘n’roll played spontaneously and unblushing, old style freshing with a modern touch at the same time.

The guys are ready to rock, they will soon play the first leg of their European tour starting on 26/11 on LeKlub in Paris… are you ready too? Let’s get started! 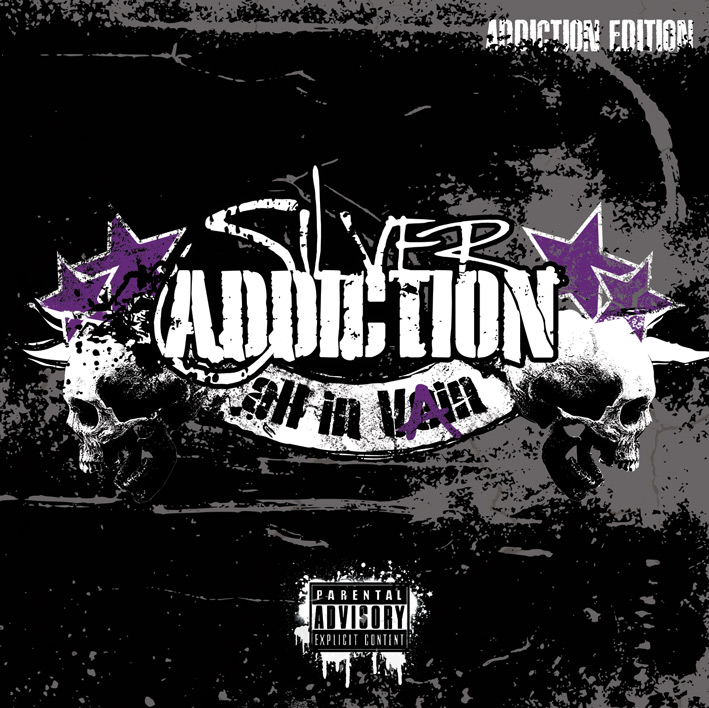 They will embark in their first european tour with Seventh Veil