Directed by Eric Richter in Chicago, Illinois, the video packs a ferocious punch in a span of four minutes and sixteen seconds that will have your adrenaline rushing with your fist held high. The song is loosely based on characters Mikey and Mallory from the 1994 movie Natural Born Killers and mirrors the Finnish, real life version of them; Juha Veikko Valjakkala and Marita Routalammi, who crossed the border over to Sweden and killed a family of three. 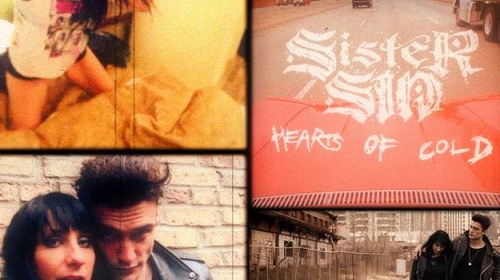 SISTER SIN’s recent release, Now and Forever, debuted at #6 on the Hard Rock chart in Sweden and #44 on the National Album chart; their highest debut yet. Mixed by Cameron Webb (Motörhead, Danzig, Social Distortion) the album electrifies audiences with Jagrell’s gritty rock vocals, gut splitting riffs and fiery melodies that truly capture the vibe of the eighties. SISTER SIN strives to preserve the past and add their own modern twist on classic hair metal as they carry the rock ‘n roll torch into the future bringing metal to the masses.  Now and Forever is available on the Victory Records’ webstore and through iTunes/Amazon.

The countdown has begun for SISTER SIN’s much-anticipated North American takeover, where they will be taking no prisoners. Starting in Tampa, Florida on February 1st, SISTER SIN will pummel through nineteen cities alongside metal legend DORO before beginning a series of headlining dates that will take them through Tampa, Toronto, Los Angeles, New York, Philadelphia and more. Fans can expect to be blown away with the bands high energy, intense and powerful stage performance. Following their time in North America they will travel to the UK to perform at Hammerfest and additional headlining shows. See a full listing of tour dates here.

For more information on Sister Sin:

“End Of The Line” Music Video