Produced by Uppsala-based digital production company Oddville, the video has been posted by the band at this location.

De-skinned to perfection, Dermal Harvest showcases some of the most resilient veterans in the Swedish Extreme scene, with past and present members from Wombbath, In Thy Dreams, Dark Funeral, Carnal Forge, Defleshed, etc. The end result is an unstoppable skin-butcher unit literally flaying everything in its path! Never has Death Metal extremity been so well brewed with melodic darkness in a long time. 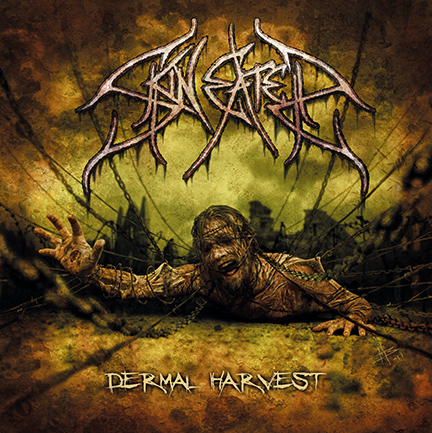 Skineater was created in last quarter of 2008 when Håkan decided to leave his position as bass player in GrandExit (ex-Vicious) to focus on his main instrument guitar again which he played in bands like In Thy Dreams & Wombbath. Real soon a first tune was born and he asked Jeramie Kling , drummer in The Absence, Infernaeon & Ninety Minute reflex was interested in joining the project. So he did! Summer of 2009 they recorded two tunes at Jonas Kjellgren’s place, “Dismantling” and “He Was Murdered.” Jeramie also did the vocals on those tunes. The coming autumn a couple of labels were contacted and at least one label showed interest but the time just kept going and going and……….. However, to make a long story short, things were moving real slow.

In February 2011 Stefan Westerberg drummer in Carnal Forge and In Thy Dreams among others joined Skineater to manage the bass which he also played in Steel Attack. With Stefan on board new energy was brought to the “band.” He and Håkan immediately went back on the chase on labels to get a decent deal. Didn’t take too long till Pulverised Records showed their interest and the deal was a fact.

With that the “band” went through some changes. To be a fully functional band eager to get out and play and hopefully tour as well Jeramie was replaced. It was a tough and hard decision. New guys in action are drummer, Matte Modin (ex-Dark Funeral, Defleshed, Sportlov, Raised Fist) and Jörgen Ström on vocals from The Mary Major. 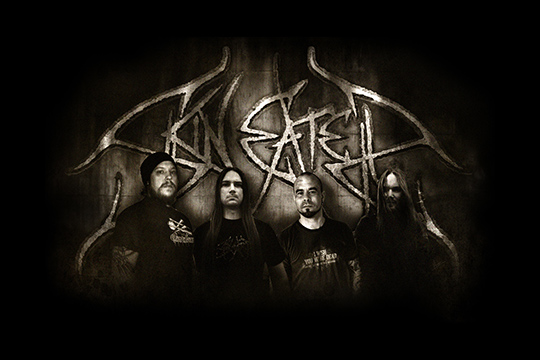