Progressive death metallers SKYFIRE will see its first two albums, 2001’s Timeless Departure and 2003’s Mind Revolution, released digitally for the first time ever via Pivotal Rockordings.  Set for release on January 30th, 2013, the two albums are also expanded with the inclusion of the Haunted By Shadows EP tracks, a Japanese-only bonus track and the entire 1998 Within Reach demo which has never seen the light of day.  The “Skyfire” and “By God Forsaken” tracks, originally labeled backwards due to a studio error while the band recorded alongside CHILDREN OF BODOM, have also been properly re-labeled.

The band formed in 1995 with a vision of combining epic atmospheric metal with complex song structures, yielding a sound that completely deviated from what the rest of the Swedish scene was doing at the time.  SKYFIRE’s unique musical concoction resulted in legacy of over 10 years and will for the first time be available in digital format.  SKYFIRE’s debut album Timeless Departure was released by Hammerheart Records in March 2001 and was recorded at Abyss Studios with Tommy Tägtgren. Timeless Departure, a groundbreaking release that received critical acclaim, combined the tasteful use of keyboards to create a symphonic atmosphere with elements of melodic death, black, and power metal. SKYFIRE followed their debut with Mind Revolution, a slightly more progressive effort in 2003, utilizing Tommy Tägtgren once again as producer.

After the release in 2004 of its third studio album, Spectral, the band went on hiatus and returned after a series of member changes in 2007.  The band regrouped and began writing a new album, the end result being 2009’s Esoteric; a masterpiece that not only draws fromSKYFIRE’s trademark sound, but also expands on it with orchestral and choir arrangements as well as even more progressive song structures and heavier riffs.  However, in an effort to make sure all SKYFIRE material saw the light of day, Pivotal Rockordings first released the digital-only Fractal EP in 2009, which featured tracks written between 2004’s Spectral and 2009’s Esoteric and demonstrated the band’s growth as musicians and a group over those years.  It was also the first new SKYFIRE material to feature lead guitarist Johan Reinholdz (ANDROMEDA) and vocalist Joakim Karlsson (MARK:BLACK). 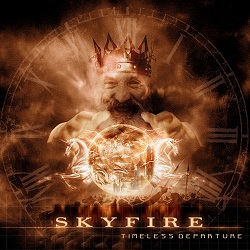 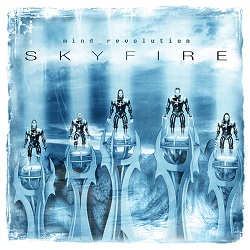