With a new album about to be released, SLEGEST founder and frontman Ese has put together a live lineup to take what was initially a solo project onto the stage. “As soon as the album was announced I was being asked if the band would ever play live” says the former VREID guitarist, “and, as it happens, the time felt right to take the next step in SLEGEST’s development. Once I had everyone on board, the thought of playing live again felt really good. It’s one of the greatest satisfactions there is when you play music, and honestly we can’t wait to get up there on stage”. Aside from Ese on Vocals and Rhythm Guitars, SLEGEST’s live line up includes Sør (BÄÄÄV, VONBRÅTEN) on Lead Guitars, Hövard (BOMBEKLÜCHTER) on Bass and Fjøsne on Drums.

SLEGEST are also working on a music video for “Ho Som Haustar Aleine” the opening track on the band’s upcoming album “Løyndom”. The video is being produced by Håvard Nesbø and Ørjan Talle, and, according to Ese, the budget is 1 case of Hansa beer and 1 litre of Mackmyra Brukswhisky! The video will premiere in September. 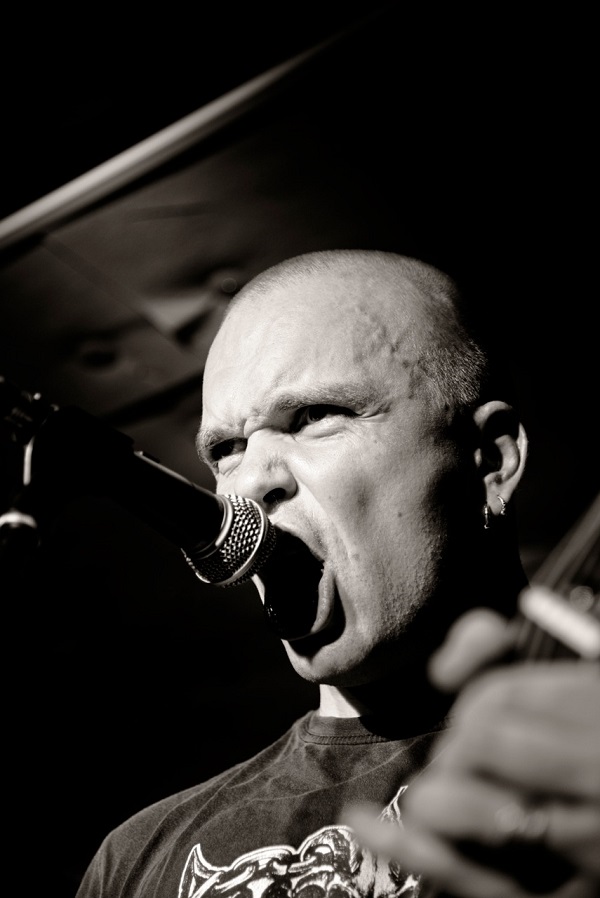 “Løyndom” (Secret) will be the band’s debut full-length album, and is set for release on Dark Essence records in the autumn. Mastered by ENSLAVED’s Herbrand Larsen and recorded partly in Ese’s own Systrond Studio and partly at the Conclave and Earshot Studio with producer Bjørnar E. Nilsen, the artwork for “Løyndom” includes drawings by Jan Magne Vigdal and design by Tom Korsvold. Track listing on the 8-track album, which is a perfect showcase for Ese’s special blend of classic heavy rock and old-school black metal, is as follows: