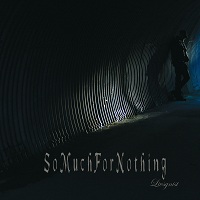 Like so many bands in the extreme genre SO MUCH FOR NOTHING started out in 2007 pretty much as a solo project for SARKOM frontman Erik Unsgaard who chose it as a vehicle to give voice to the decadence that has subtly invaded society; something that he achieved with the use of dark melodies tinged with brooding Black Metal. With eight songs written, Unsgaard brought in URGEHAL drummer Uruz in 2009, and an offer from My Kingdom Music resulted in the release of the band’s debut full length album “Livsgnist, which in Norwegian means “Spark of Life”, in both CD and LP versions in January 2012.

“Livsgnist” includes a plethora of special guests that bear witness to Unsgaard’s standing in the Scandinavian Metal scene, and include, amongst others, SHINING’s Niklas Kvarforth and Peter Huss, PANTHEON I’s Live Julianne Kostøl and “Aethyris” McKay (ex-ABSU), Ingvild Sareeta Kaare (formerly of RAM-ZET), Seidemann (1349), and the late Trondr Nefas (URGEHAL, ENDEZZMA,ANGST SKVADRON , BEASTCRAFT, VULTURE LORD). It was the reception that “Livsgnist” received from both critics and fans alike that convinced Unsgaard that SO MUCH FOR NOTHING was ready to become not just a studio project, but a fully functioning live band, and he set about recruiting musicians from the prolific Norwegian Black/Extreme Metal scene. 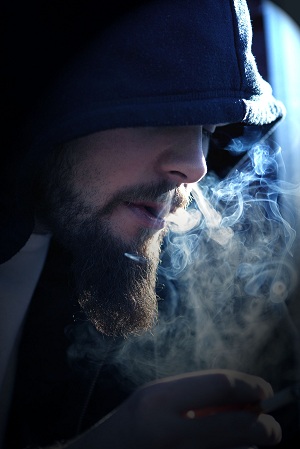 Aside from Unsgaard on vocals and Uruz on drums, SO MUCH FOR NOTHING’s lineup now includes guitarists Malphas (ENDEZZMA) and R.M. (ANGST SKVADRON), and Dvuralek (ANGST SKVADRON) on bass. Commenting on the new line up Unsgaard said “Of course it helps that we’ve all been familiar with each other’s work a long time through our various musical incarnations and we’ve been rehearsing regularly, and intensively, and I can say without any reservations that I couldn’t have found better musicians for SO MUCH FOR NOTHING, not only in terms of skill but also in terms of commitment. We’re all more than ready to take the band live and we’re very much looking forward to getting on stage together in front of an audience”. More information about SO MUCH FOR NOTHING, can be found on the band’s website at http://www.somuchfornothing.com/

The track “Suffer in Silence” from “Livsgnist”, which includes guest vocals by Niklas Kvarforth can be heard at http://www.youtube.com/watch?v=LV2gtmI33mY

Hot News – So Much For Nothing sign with My Kingdom Music!