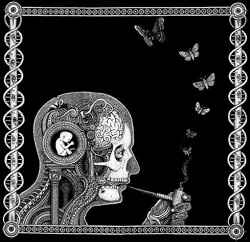 When Lopez joined forces with DiGiorgio, Ekelöf, and Platbarzdis, it was obvious that this collaboration would not be another name-dropping, substance-deprived “super project.” The foursome paint their musical canvas with broad strokes that on first listen may appear gray and sullen, but the true power of the music lies clandestine, just a little below the monochrome surface. More than just a sum of its rather esteemed parts, SOENweave an intricate network of melody and melancholy. While SOEN may sound Opethian at times, it features none of the guttural vocals and full-on death metal wall of sound of Lopez’ former group. Nothing more is needed however when Ekelöf’s somber voice, Platbarzdis’s transcendent guitar work, Lopez’s trademark drum beats and DiGiorgio’s exquisite bass lines collaborate to build a pensive tide waiting to wash over you. 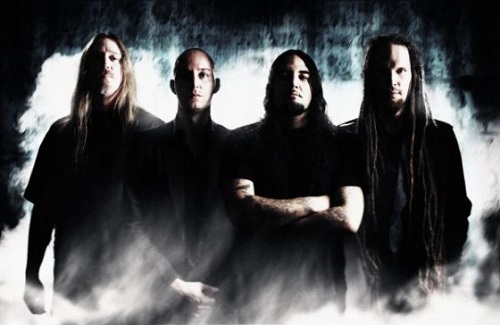 Cognitive isn’t an instantaneously accessible album but with a bit of listening patience, can prove to be one of the most rewarding pieces of “thinking man’s metal” you will ever come across. In a world full of super-compressed albums waging the loudness war, Cognitive breathes with ease thanks to the warmth of Platbarzdis/Lopez production and the masterful mixing work of. Like rain on a windowpane, translucent and free of form,Cognitive breathes like a living entity. The colors are there, lingering within the grays. It’s just up to you to find them.

Further information on SOEN to be revealed in the coming weeks. Stay tuned.

Hot News: Swedish progressive rock band Soen is supporting Paradise Lost in Europe this October – you can see the tour dates below