Not only did Sol Invictus release their first album in six years, “The Cruellest Month,” only one week ago, but also the opulent “The Collected Works” slipcase box-set containing re-issues of Sol Invictus’ entire back catalogue. These mostly sold-out or hardly available albums will now be re-released seperately as Digipak CDs. From now on, the first Friday of each month until March 2012 will see significantly enhanced re-issues of two classical Sol Invictus albums. We’ll start off on the 1st of July with Sol Invictus’ debut release “Against The Modern World” and the Neofolk classic “In The Rain.”

“Against The Modern World” was originally released as an EP in 1987. The re-issue will feature the bonus track “The Joy Of The World,” known from “Sol Veritas Lux,” as well as eight yet unreleased demo recordings of further Sol Invictus songs from the time of origin of “Against…”. “In The Rain” from 1995 is one of Tony Wakeford’s favourite Sol Invictus albums. The upcoming re-issue will be enhanced by the bonus tracks “Hedda Gabbler” (originally from the “Im Blutfeuer” compilation) and “Did You See” (originally from the “Terra Serpentes” compilation).
Both re-issues will be released in portrait Digipak format, feature new artworks and will be limited to 700 copies each. 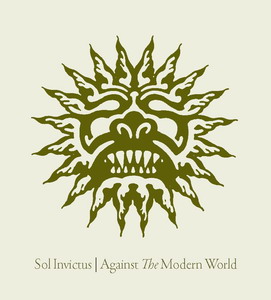 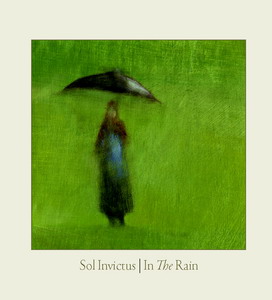 Hot News – Sol Invictus: "Against The Modern World" and "In The Rain" now available