Icelandic heathen rockers (no humppa here) SÓLSTAFIR have premiered the first track from the re-mastered reissue of their debut album, ‘Í Blóði og Anda’ (‘In Blood and Spirit’). The track, titled ‘The Underworld Song’ can be streamed at the SÓLSTAFIR Bandcamp page. ‘Í Blóði og Anda’ is slated for release on November 8th. The cover art and track listing can be found below: 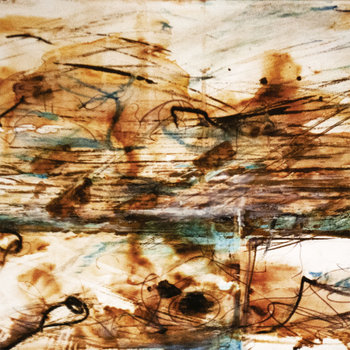 SÓLSTAFIR have come a long way. Their latest, fourth full-length “Svartir Sandar” (2011) got several nominations and entries for album of the year as well as general very high acclaim by critics and fans alike around the globe. When their album debut “Í Blóði og Anda”, which translates as ‘In Blood and Spirit’ was released in 2002 few would have dared to predict such a steep rise. Yet all the elements that were to shape the appeal of the Icelanders in later years are already present: epic and beautiful melody lines, psychedelic moments and a deep and strong undercurrent of classic rock permeates “Í Blóði og Anda”. The unique sound, which raises SÓLSTAFIR far above the average, is clearly beginning to show. “Í Blóði og Anda” went out-of-print almost immediately upon its release. Now Season of Mist makes this much sought after album available again including a bonus second disc full of previously unreleased material. Take a good look at this stunning snapshot that exposes the earliest roots of this incredible band! The album is now remastered, repackaged, and includes a bonus second disc full of previously unreleased material. “Í Blóði og Anda” will be available in a double CD and various LP formats via the Season of Mist E-Shop.

SÓLSTAFIR recently announced their first US appearance as part of next year’s Maryland Deathfest. A full list of tour dates, including a string of October dates in Finland, and an appearance at Karmøgeddon Festival (NO) can be found below.

SÓLSTAFIR are currently touring in support of their critically-acclaimed album, ‘Svartir Sandar’. The album is streaming in it’s entirety via theSÓLSTAFIR Bandcamp page and available here.