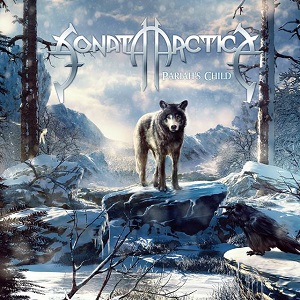 On March, 28th the new SONATA ARCTICA album »Pariah’s Child« will be released. It is the band’s eight studio album and the follow up to their successful »Stones Grow Her Name«.

Today the beautiful cover artwork for »Pariah’s Child« will be released. Vocalist Tony Kakko explains he thoughts behind the album title and the artwork like this:

“As always it’s pretty hard coming up with a name for the new baby. I tried to approach it from many angles; how this is our 8th album and how easy it would be to abuse that fact. All the symbolism of figure eight, eternity and so on. But that just did not feel right as it’s been done so many times. Then I started to think how we’d in ways abandoned our “totem animal”, the wolf and all what comes with the territory. As the music on the album is bowing more towards the “old” Sonata, meaning more power metal style elements and wolves in many of the songs in one form or another, it was clear we need a wolf on the cover. An abandoned wolf. A pariah. Or Pariah’s child, actually. The new generation to bring the old logo back.” 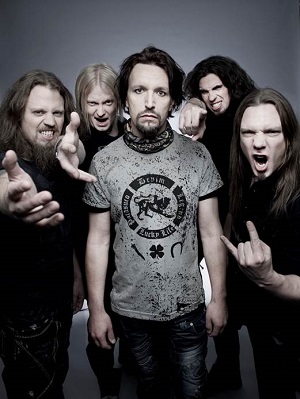 Right after the release, SONATA ARCTICA will start touring again. Keyboard player Henrik “Henkka” Klingenberg left the following message: “It’s been a while since we last toured Europe, so I’m very happy that we can announce our first tour with our new album. Since the album will be out in March 2014, we don’t want to waste any time but will head out for a full European Tour. Our tour will start in Eindhoven, NL on April 10th, 2014. The whole band is really looking forward to play some new songs for you and introduce our new bass player, Pasi, for all our fans. He’s a monster live, you’ll see. Check below for the tourdates and we’ll see you in a few months!”