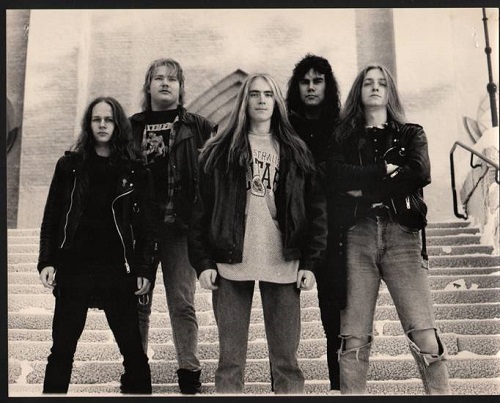 HELLS HEADBANGERS announces October 15th as the release date for SORCERY‘s Unholy Creations 2CD set. In the rich and storied history of Swedish death metal, the tale of SORCERY is a unique one. Not only were SORCERY in on the ground floor of the Swedeath boom that began in earnest at the turn of the ’90s, their sound predated the simultaneous black metal boom in the greater Scandinavian region. Now, courtesy of HELLS HEADBANGERS, that tale can be told across a deluxe two-disc compendium fittingly titled Unholy Creations. Originally released as a limited vinyl set, the 2CDUnholy Creations compiles all of SORCERY‘s demos prior to their cult debut album from 1991, Bloodchilling Tales, as well the proceeding Maculated Life demo from 1992 and rare rehearsal and compilation tracks. For the band’s first few demos, recorded during 1987 and 1988, SORCERY unleashed an increasingly frenzied yet darkly melodic form of death metal that also possessed a morbid atmosphere similar to ’80s contemporaries MAYHEM, TORMENTOR, and MORTUARY DRAPE, hitting a fever pitch with their classic Unholy Crusade demo in 1989. Their attack remained restless ‘n’ wild, but a purer, more quintessentially Swedeath sound developed by the time of their debut album, captured here by the rare Maculated Lifedemo. But through it all and until their demise in 1997, the now-reanimated SORCERY stuck to their evil guns and never stopped the madness: relive it again with Unholy Creations! 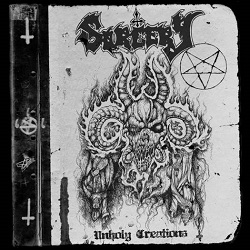