Spanking Hour proudly announce the release of their second full-lenght album. After “Revo(so)lution” and more than two years touring and perfecting their sound and songwriting, Spanking Hour  release “Divination”.

While “Revo(so)lution” had a major and raw trash and groove metal influence, “Divination” instantly appears as the outcome of an accurate refining process, with its longer tracks and its sound that adds a little progressive metal flavour to it. 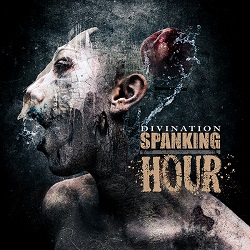 The southern rock influence that made them one of the most interesting Italian metal bands of the hour is there as well and the whole mix of genres makes “Divination” their most complete effort so far.

The four Spanking Hour members had room to add all of their different musical cultures in the writing and recording process and this, among with a superb artwork, will certainly make the record trustworthy.

Spanking Hour are currently planning a promotional Italian and European tour in support of their latest release.