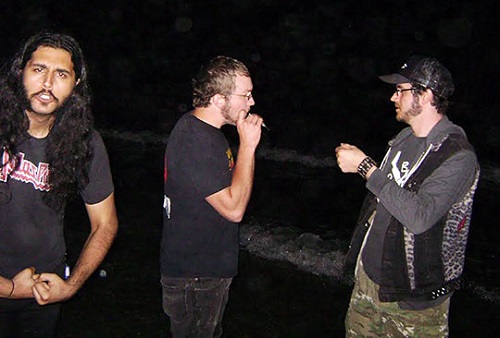 Flowers die and chocolate turns to shit. This Valentine’s Day, get that special someone something they can really enjoy. Goathrower, the new 7″ EP from death thrashers SPEWTILATOR, is now available from Boris Records.

Purchase Goathrower on vinyl at www.boris-records.com. This release is limited to 500 copies. Digital edition coming soon to borisrecords.bandcamp.com.

Thrashing mania ruptures a minefield of pustule-esque influences on this EP. A “gore-de-force” of all things fast and nasty, Goathrower sees the trio barfing forth four more offerings in their trademark style of weed-thrashing death cacophony by way of grind-core ethos with a blown out ZEKE cover for good measure. SPEWTILATOR has been delivering smoked out, beer drenched, headbangers’ belching, burrito-tinged death breath since 2007 and Goathrower ups the ante in 2014. Cover art by Hand of Beaver. 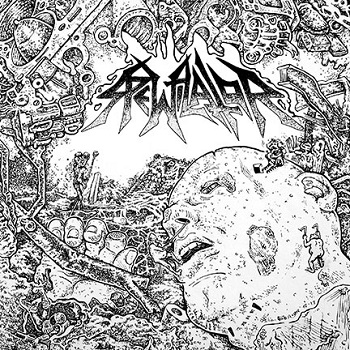 “If a scourge of any descript, be it human, natural, or emotional, ever needed a band to soundtrack its devastation than US death thrashers Spewtilator would be the perfect candidates to provide it. Their sound is as pestilential and vicious as any plague and just as virulently addictive, the evidence no more forcibly shown than on new EP Goathrower.”
– Ringmaster Reviews

“Imagine Slayer had ended in 1985, and were only known for their first two albums. Being seemingly buried, probably in Chernobyl, for almost three decades does strange things to a band.. Angry, undead and over-the-top thrashing madness, which happily skips back and forth across the borders of the land of the insane and grindcore-country, this five-track EP is like a drug infused car crash. And musically at least, that’s a good thing…”
– Mass Movement